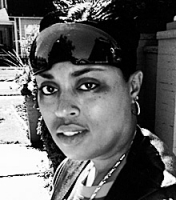 Where were you on the morning of September 11, 2001? (How many times have we been asked that question?)

We were all doing “morning things.” Breakfast. Coffee. Commute. Riding a bus to school. Watching PBS with your little ones on an actual television because there were no iPads back then.

And then it happened. That morning, I was driving through downtown Toledo half-listening to the radio. Yet, something in the radio host’s voice captured my attention. “We’re hearing reports of a plane that may have flown into the World Trade Center…”

As the morning unfolded, we walked into a living nightmare that we had never dreamed. After watching the World Trade Center towers collapse over and over again, I escaped to my office at the non-profit organization I worked for at the time and shut the door.  Then, there was a knock.

One of my clients, a 27-year-old college student and mother of a two-year-old stepped through my doorway with a pained look on her face. “I have stage III breast cancer,”  was all she said.  Her name was Mattie Lincoln and her toddler son’s name was LJ.

As our nation and our hearts struggled to come to terms with what 9/11 meant to our way of life and security, Mattie struggled with what it meant to be a mother and student battling an aggressive cancer . As the months passed and we watched memorial services and tributes to those who lost their lives, Mattie would grapple with meaning life and death as well.

Between cancer treatments and work,  Mattie stuck with her education and graduated with her Bachelor’s Degree. She would even be able to work in her professional field for a time. But, her struggle with cancer continued. Over the next 10 years, Mattie would battle cancer throughout her body. Yet, she kept fighting. Mattie had this swagger about her. Even as her hair fell out and her framed thinned, she could still fill a room with her voice and her laugh.

The last time I saw Mattie was in June 2009. Her son, LJ, stood next to her as we talked. He had grown into a tall, lean little man, standing next to his mother with a fiercely protective look in his eyes. We stood on the corner of Bancroft and Scottwood Ave. in front of the Ann Manor Condominiums talking about life, struggle and faith.

I remember hugging Mattie that final time. It’s such a blessing that God created our bodies with the power to create enduring memories with when we connect with others. Just the memory of that final hug brings tears to my eyes.

I spoke with her mother shortly before the funeral. It’s hard to imagine how it feels to be a mother watching her child fight for so long and willingly let that child go in order to be free of the pain, but Mattie’s mother did just that. Mattie was the second child she buried, yet her mother had the strength to celebrate Mattie’s life. I admire her so very much.

So, on this day, when we remember those who lost their lives and the brave individuals who sacrificed for so many, I also remember Mattie.