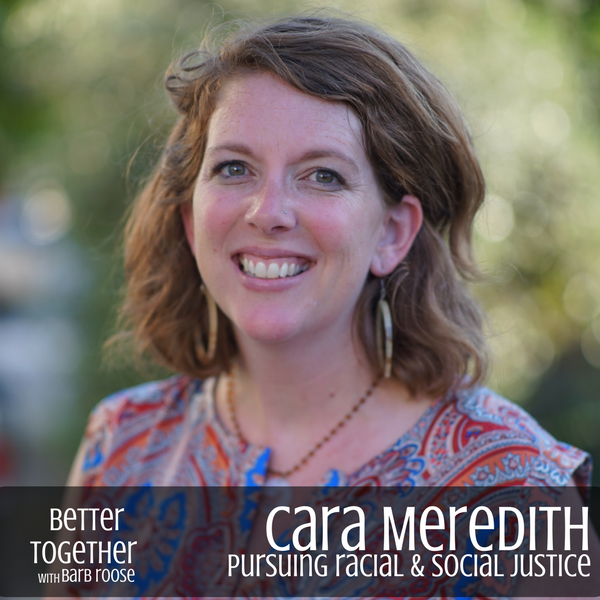 Yesterday, I took my two younger daughters to a Black History Month community event at our local art museum. Artists from our community shared their talents inspired by African-American composers and musicians. A multiracial audience experienced a variety of unique expressions from performers of every race and culture.

As the mother of three bi-racial daughters, I wanted to seize this opportunity to let my girls see and hear people who could elevate the unique gifts, talents, and passions of their ancestors.

In this week’s Better Together podcast, I want to seize an opportunity to share with you, too. I’m interviewing a Caucasian woman who’s life radically transformed as a result of deciding to use her life and voice to elevate racial reconciliation and social justice. Her name is Cara Meredith, the daughter-in-law of civil rights leader, James Howard Meredith.

This is a candid, authentic conversation about race, family, motherhood. It’s the conversation where you might feel God poking at certain patterns of thinking or challenging different stereotypes. Just know that God’s just waiting for you to give Him permission to dig out that stuff and replace with His love for people.

In this week’s episode, you’ll hear about…

Cara Meredith is a writer and speaker from Seattle, Washington. A member of the Redbud Writers Guild, she is co-host of the Shalom Book Club podcast and an adjunct professor at Northwest University. She lives with her husband and two young sons, and consumes guacamole whenever she gets the chance. Cara with her husband, James Henry Meredith and their two sons. Cara’s father-in-law, James Howard Meredith talking with Dr. Martin Luther King, Jr during the March Against Fear in June 1966. Meredith organized the small march and planned to walk from Memphis, TN to Jackson, MI. However, Meredith was shot on the second day of the march, but recovered in a local hospital. In the wake of the shooting, civil rights organizations rallied and over 15,000 people marched, including Dr. King.