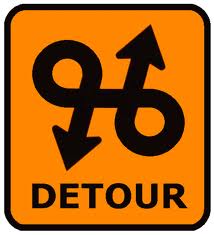 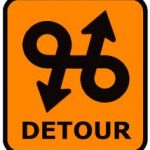 It took me two hours to get home on Wednesday afternoon. Two. Hours.

For my friends in big cities, I know that two hours doesn’t mean much to you. However, for the rest of us in mom-and-pop cities, we’re not built for that kind of windshield time. You big city folks got the patience, cool sports teams and great night life to put up with that kind of drama on the highway.

I needed to pick up the kids at 4:30pm. Naturally, I left the office at 4:25pm to make the 16-minute drive to school. As I merged onto the expressway that carries me halfway to my destination, I could see the traffic back-up almost immediately. And I heard a voice that always comes out whenever I see a traffic back-up: 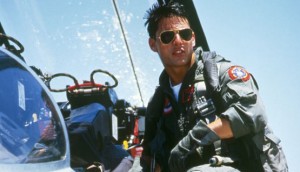 Don’t let the picture distract you. Keep reading. But, it is a nice picture, right?

Remember Tom Cruise’s character in Top Gun? He had to “call the ball” when bringing his plane in for landing on the aircraft carrier. The phrase meant that he acknowledged the path and committed to it.  So, when I saw the traffic backing up in front of me, I had two choices. It was time for me to “call the ball.”

There was an exit about 1/4 of a mile away. I did a quick calculation. If I exit now, then I can detour down and around in less time than crawling through this mess at -2mph.

I called it wrong.

When I exited the expressway, the new path carried an entirely new set of challenges. I totally forgot that thousands of other cars already exited the expressway parking lot creating a new parking lot along my new path. Not only that, but the road conditions on the alternative route were even worse! I saw some potholes that really should be considered sinkholes…

As I snaked through my new route, I had lots of time to evaluate my failed strategy. Lots o’ time. And, I saw many new things. Let me just say this: Some of y’all doing some weird stuff in your cars when you think no one is looking. You should stop, okay?

About an hour into my trip, I was furious. Okay, I was more than furious, but since I’m a pastor I can’t say what I was because then you’ll be like “Ooohhh, did you see what Barb said?” and then Kyle would Facebook the link to my blog so more people could see it and then — wait. Hey, this could work…

Why was I so angry? It was just a traffic back-up. Yet, I gripped that wheel and fumed.

I ended someplace I didn’t want to be.

I tried to fix it.

But, things weren’t working out as I’d planned.

No matter how hard I tried, I was stuck in a situation that I tried to get around it, but it didn’t work. I still had to go through it anyways. 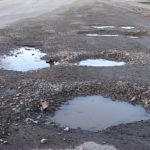 A metaphor about life these days…

Enough about me, what about you?

What hasn’t been working out as planned for you lately? What have you been trying to get through, get around or get over?

A relationship that goes two steps forward and 200 back…

Maybe even trying to figure out what you believe about God, but too many voices telling you what you should believe…

This winter seems to be a metaphor for my life. I developed a case of Life Interruptus. You know, that disease that makes you upset, angry, fearful, worried, irritable and grumpy. When you suffer from it, you say things like: “I can’t believe THIS HAPPENED!,  “What NOW?” or “I DON’T UNDERSTAND THIS!!! One of the hallmark symptoms of Life Interruptus is the that your thoughts tend to feel like they are in ALL CAPS. Raise your hand if you’ve had Life Interruptus at some point this winter. Mine’s up, too.

After I made the two-hour trip home, picked up the kids and apologized to my dogs for making them wait waaaay too long to go out, I went to bed early. I was drained from the inconvenience and frustration of the afternoon.

After a few days of reflection, I realized I didn’t handle myself well on Wednesday. I needed a reminders about dealing with Life Interruptus:

1.  Life ALWAYS interrupts our plans. Promise yourself to stop getting grumpy about Life’s small unexpected changes. School might get canceled, so prepare in advance for it. Tires might blow out, so be ready for it. Lanes and exits will close, so (Barb) leave the house earlier!

Also, embrace interruptions as opportunities. You never know what good can come from an unexpected phone call, unexpected diagnosis or unexpected job loss. Now, the “good” in that situation might not happen until later, but you’ve got to be on the look out for it.

2. It’s usually best to go through things, than try to get around them. If you’ve got some problem or issue in life, stop avoiding it and stop trying to skirt around it. By all means, if you know you’ve got a problem or if people are telling you that you’ve got a problem, snap out of denial!  Deal with it!  If you’re not handling your finances, health, anger, addiction, perpetual crankiness – get help. You can’t get over what you’re trying to avoid.

3. HOW you get through life’s interruptions is important. How do two people face the same set circumstances and one come out better for it and one come out worse? It’s about attitude. So, here’s the Jesus-part of my story: I believe that in all things, God is in control and He will take care of IT. This doesn’t mean that I’m not going to do my part, it just means that I know that I’m not alone in going THROUGH my stuff. This means that I can get through Life Interruptus without melting down every five minutes because I can find strength and hope in Christ. I’m smart enough to know that too often, Life hands out more than I can handle. So, yes, I lean on Christ. And, I’m much better for it.

My hope and prayer for you today is that if you’ve got a case of Life Interruptus, that you’re sick enough of it to get rid of it. God is in control and He will take care of IT…and you.