My Foolish Prayer: When a Good Christian Girl Tires of Following the Rules 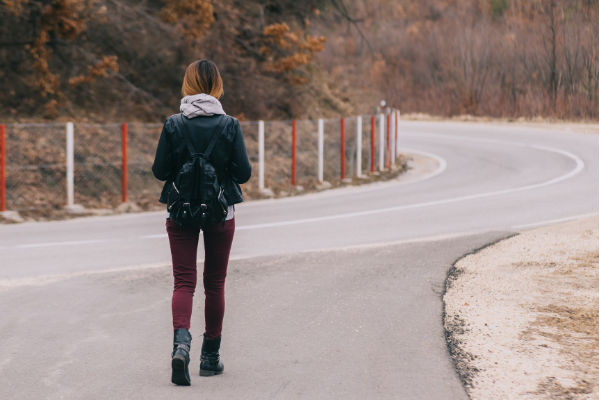 (By the way, the first part of my story is from last week’s blog. Read that post here.)

Growing up, I was left with the impression that a good Christian never failed to follow the God’s “to-do” list: go to church week, try to pray each day, Bible study and avoid the three M’s: booty-shaking music, malt liquor and R-rated movies.  Getting caught doing any one of those things and people would whisper that you were the really bad “b” word…backslider.

No one ever wanted to be called a “backslider” because there was no coming back from that! Backsliders always made the weekly prayer list because that gave non-rule breakers a chance to gossip about, pray for them.

As a kid, I remember seeing one beautiful woman come back to church with her new baby after a season of being labeled a “backslider.” I’m know that God forgave her, but I also know that some people at church never let her forget her mistake.

So, I doubled-down and followed my Christian checklist. I did pretty good! I thought that I was keeping God happy and I avoided getting gossipped about. But, instead of experiencing a greater confidence in my faith, following all of those rules left me battling daily fear. I have to get this right or else God will be disappointed in me.

Unfortunately, during those years, I felt like God always wanted more FROM me, than for me.

Like the prodigal son that Jesus taught about in Luke 15, I’d had enough the Father’s rules. In my first semester of college, I saw a lot of kids having fun, something that Christians seemed to be again. Even though I knew that it was a mistake, I wanted to go off for my own time of wild living.

I think about the prodigal son and even though he was a symbolic figure in Jesus’ parable, I still wonder if knew that he was making a mistake leaving home. I guess it doesn’t matter because he left anyways. So did I. Just like the prodigal went to his father to ask for his inheritance, I knelt down by more dorm room bed and prayed what I knew then was a foolish prayer. And I prayed it anyways.

“Dear God, I want to go have fun like everyone else on campus to be having fun. So, I’m going to go have fun. I’m sure that I’ll be back. Please help me not to kill myself or doing anything stupid.”

I’ll never justify my rebellion in that time of my life or make excuses for the bad decisions that followed. I’m sharing my story in case you or someone you know ran from your relationship with the Father like the prodigal because you didn’t know how to have a relationship with God outside of the rules.

When I said, “amen,” there was no relief. I wonder if the prodigal son walked away from his father with a pocket full of money, mind full of plans but an empty heart.

When I decided to stop following the rules, it seemed like I was abandoning what I called my faith.

What have I done?

Have you ever given up on connecting with God because you tired of following the rules or because you didn’t know how to connect with God outside of the rules?

In my upcoming Breakthrough: Finding Freedom in Christ Bible study, I share about a conversation that I had with a new Christian who wondered if God was disappointed in her:

“Well, I still smoke, sometimes I forget to read my Bible, and when I look at other Christians, they seem to be doing everything better than me.”

Oh, my heart hurt for this precious young women! I sat in silence for a few beats and prayed. Prompted by the Holy Spirit, I whispered to her: You can’t mess up God’s love for you.”

The truth is that God always wants more FOR us than from us.

Religion teaches us that we have to do more or do better for God to approve of us. Yet, the Gospel centers us around the truth that God wants us to receive from Him, not follow rules for Him.

What does this mean for you?

Ask yourself if you need shift your thinking from doing for God and learn how to receive His grace and power in your life. Perhaps you have no idea what it means to receive from God.  If so, I’d love for you to check out my Breakthrough Bible study. Over this six-week study, you’ll study the book of Galatians and we’ll journey together toward freedom following religious rules so that you can experience God’s great adventure of joy and purpose for your life – and live free from the fear that you’re disappointing God!

What are some religious rules that you grew up with or deal with now that create a lot of discouragement or fear for you? How do you deal with it?

Join me next Monday…

I’m coming back to my story of what happened after I was pregnant. Basically, I worried day and night that God was going to give me a big “whammy” because I messed up. This part of my story is pretty raw because I was filled with a lot of fear, but it’s also the part of my story when I learned the lesson that forever changed my relationship with God. 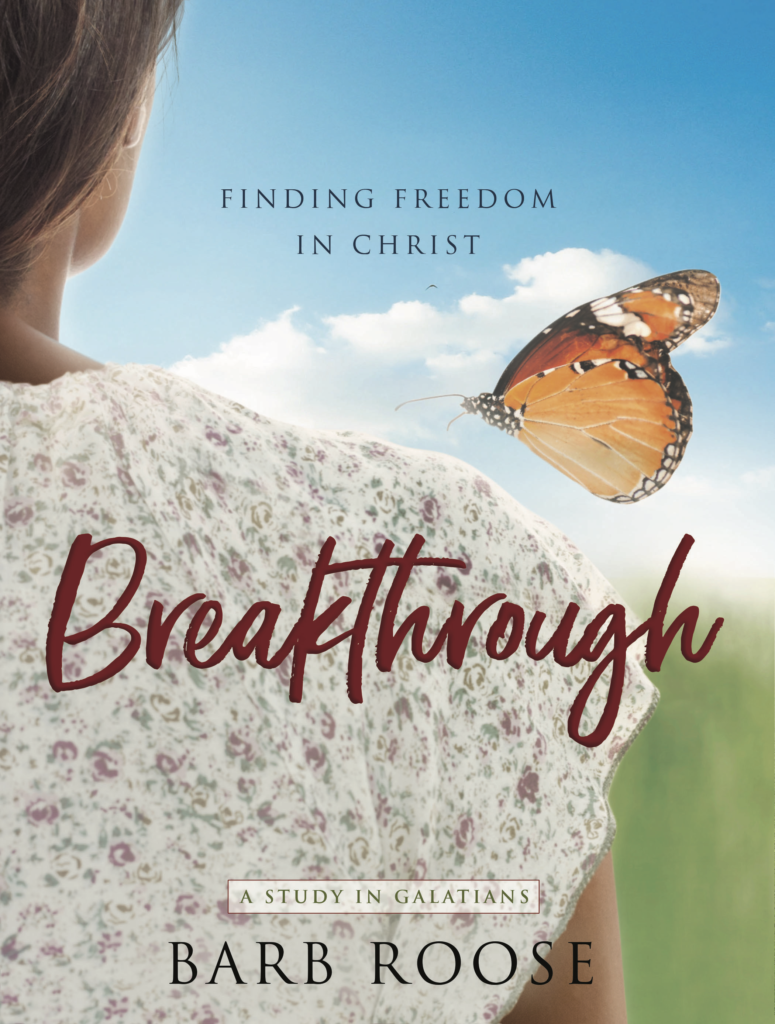 Let go of feeling like you are not a “good enough” Christian and find freedom in Christ by studying Paul’s letter to the Galatians in my new study, Breakthrough: Finding Freedom in Christ.

Have you ever felt that being a good Christian means you’ve got to follow a bunch of rules and measure up?

If so, you aren’t alone! In this six-week Bible study of Galatians, Barb Roose shows us that even the believers in the early church struggled to let go of rule-keeping and performance in order to embrace God’s free gift of grace.

If you’ve ever struggled with feeling like God is disappointed with you or felt trapped by rules or religion, this study will provide a path to discover your freedom in Christ.