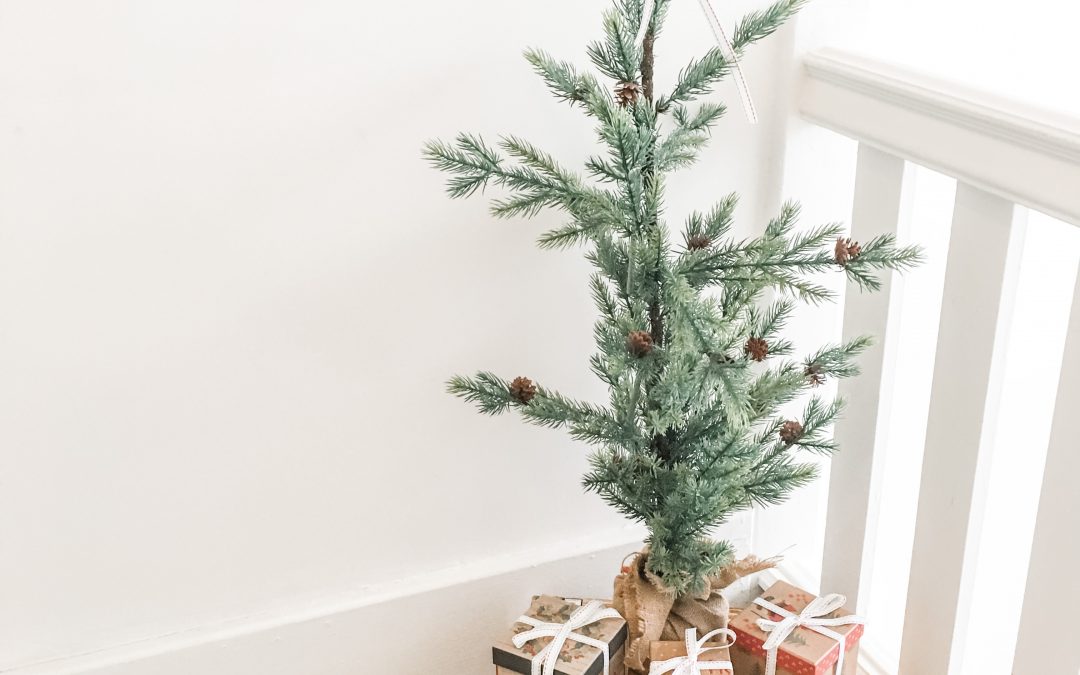 This little tree sits right outside my apartment door. I bought it last year. Before this little tree, my family had a ceiling scraping tree that took hundreds and hundreds of lights, decorations and muchas time to decorate.

But this little tree represents something very sweet to me. It was a new beginning, even though it was a small, difficult start.

We often get frustrated with small things.
We underestimate little moments.
We discount tiny gestures.

Yet I love the wisdom in Zechariah 4:10 when a messenger of God told the people: “Do not despise small beginnings.”

Ahhhh, that is so true isn’t it?

We treasure the biggest, best, fastest and most impressive. Yet, Christmas is a reminder that the very best does really come in a small package.

God’s people expected a Savior that would come guns – no – swords blazing. So they rejected the quiet arrival of a babe born in an unimpressive space with a lot of run of the mill company.

But there were a few people, some wise men who knew the power of a small beginning!

See those little boxes? I bought them at the same time as my tree.

Those boxes remind me of the precious gifts that the wisemen brought for that tiny heavenly king. They didn’t bring truckloads of stuff, rather a small priceless treasure that they carried close to their hearts.

The value would have been enough for Joseph’s family to live well for some time.

Small gifts can a big impact.

This Christmas, give yourself permission to stop stressing out about not being able to give or get enough.

Truth is, you’ve already been given everything that will ever matter.

That small beginning in Bethlehem thousands of years ago set the stage for a world-changing event decades later.

Jesus came so that you could have peace.
He came to bring you hope.
He died and then conquered death so that you could let go and find freedom from your past and look forward to a purposeFULL and eternal future.

Don’t overlook the small beginning of Christmas because you’re too busy going after the bigger or shinier things.

Everything you’ve ever needed is already given to you.

Be wise. Don’t miss him.

“For where your treasure is, there your heart will be also.”
‭‭-Luke‬ ‭12:34‬ ‭NIV‬‬