Sunnyside Up: Can anything positive come out of Kim Kardashian’s photo? 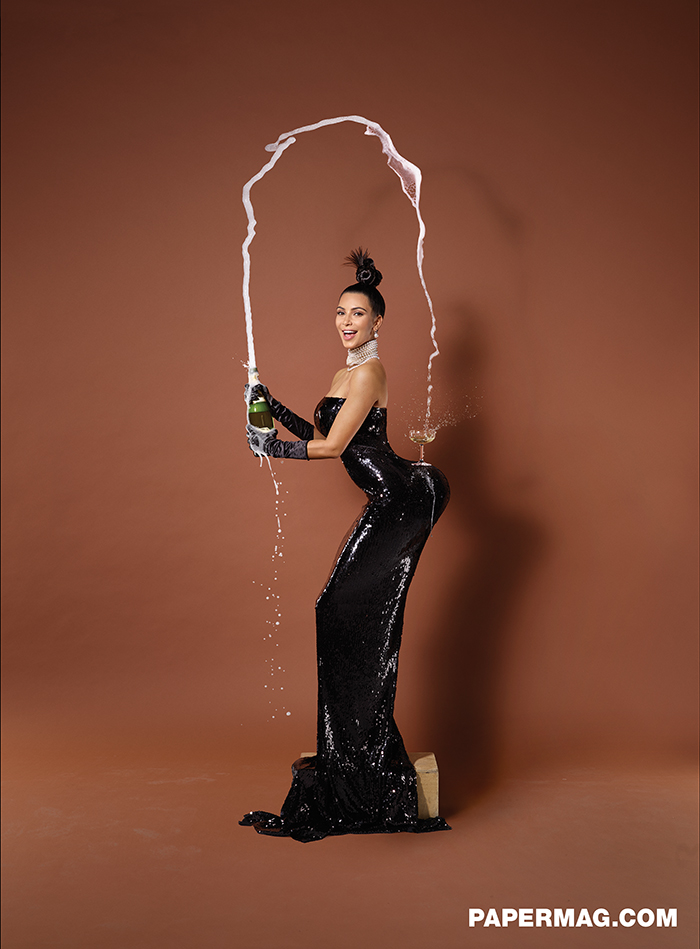 Recently, we all got to see Kim Kardashians’ tuckus. While it wasn’t the first time we saw Kim’s undressed girly goodies populating our Twitter or Facebook newsfeeds, it was still a BIG surprise!

I’ve been thinking about what I should say about this for the past week. I’ve also been scanning social media waiting for other Christian women to chime in on the photo that Paper magazine staff wanted to break the Internet. I’ve wanted to say something, but I just wasn’t sure what that “something” should be. 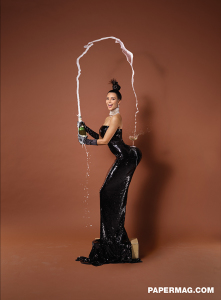 I wonder if I could do that? (photo credit: blacksportsonline.com)

What I don’t want to do is judge on Kim’s decision. I’m not saying that it was a good idea, the right idea or even a bright idea. That’s between her and God. (But you should know that there is no time NEVER, EV-AH that you will see my big behind shining brightly in your newsfeed. That’s not my thang.)

Yet, I’m all FOR having a dialogue about the photo. We don’t need to take shots at Kim’s choices in order to process through what we can learn from this situation and apply it to our lives.

This was the photo that was supposed to break the internet. Paper Magazine staff wanted to create a sensation so overwhelming that internet servers around the world would cripple under the pressure. Well, the photo didn’t break the internet, but over 5 million people visited the magazine’s website to peak at a beautiful smiling woman, wearing a high hairbun and pearls, posing with her glossy rearend showing sunnyside up.

Not only where there millions of page hits, but HuffPost reports that when her husband, Kanye West tweeted the photo, it was retweeted over 80,000. (Can you imagine your fully-clothed rearend getting retweeted 80,000? Try to not cry over that thought.)

A reported asked Kim why she did it. Kim replied that she looked at this magazine shoot as an art project. Her body was an artistic medium to be shaped and reimagined by the artistic eye of the photographer. When I read that sentence, I had an epiphany:

Our bodies are creations. We are designed by a magnificent Creator.  Our bodies are beautiful masterpieces, created for a specific purpose.

One question that separates all of us is HOW will we use our bodies? And that is where me and Kim part company.  I’m not judging her, I just think that my created body had a different purpose than how she sees her created body.

But, there is still something positive that I take away from Kim’s photo.

I love her attitude and confidence toward her body. This is the same woman that two years ago was publicly shamed for how her body grew during pregnancy. We all criticize ourselves in the mirror for how we look, yet imagine your face and body appearing online and supersize on magazine covers with millions of people calling you fat? I saw Kim in an interview after she had the baby.  She talked about how painful and heartbreaking it was for people to be so mean about how she looked. If that were me, I’d be tempted to pull on a pair of yoga pants and bury myself inside of a carton after carton of chocolate peanut butter ice cream and never come out.

How many times have we just given up when we feel discouraged about ourselves? How many of us struggle with doing the things for ourselves that we need to do?

So, there is a part of me that admires her for not allowing her body critics to have the last word.

We don’t have to agree with how Kim displayed her body in that photo, but we can take something away from the obvious care that she puts into her body and the confidence it took to take those photos. While Photoshop could polish up that photo and her wealth can pay for trainers and special foods, it’s clear that she chooses to spend time on taking care of herself.

Some of us can learn a little something from her example, aye?

TALK BACK TIME! What did you think about my views on Kim’s photo? Do you agree or disagree? Differences of opinions are encouraged  – just be nice!

And, if you think that this blog post would encourage a friend today, feel free to share it.