The Struggle of Talking Publicly about My Story 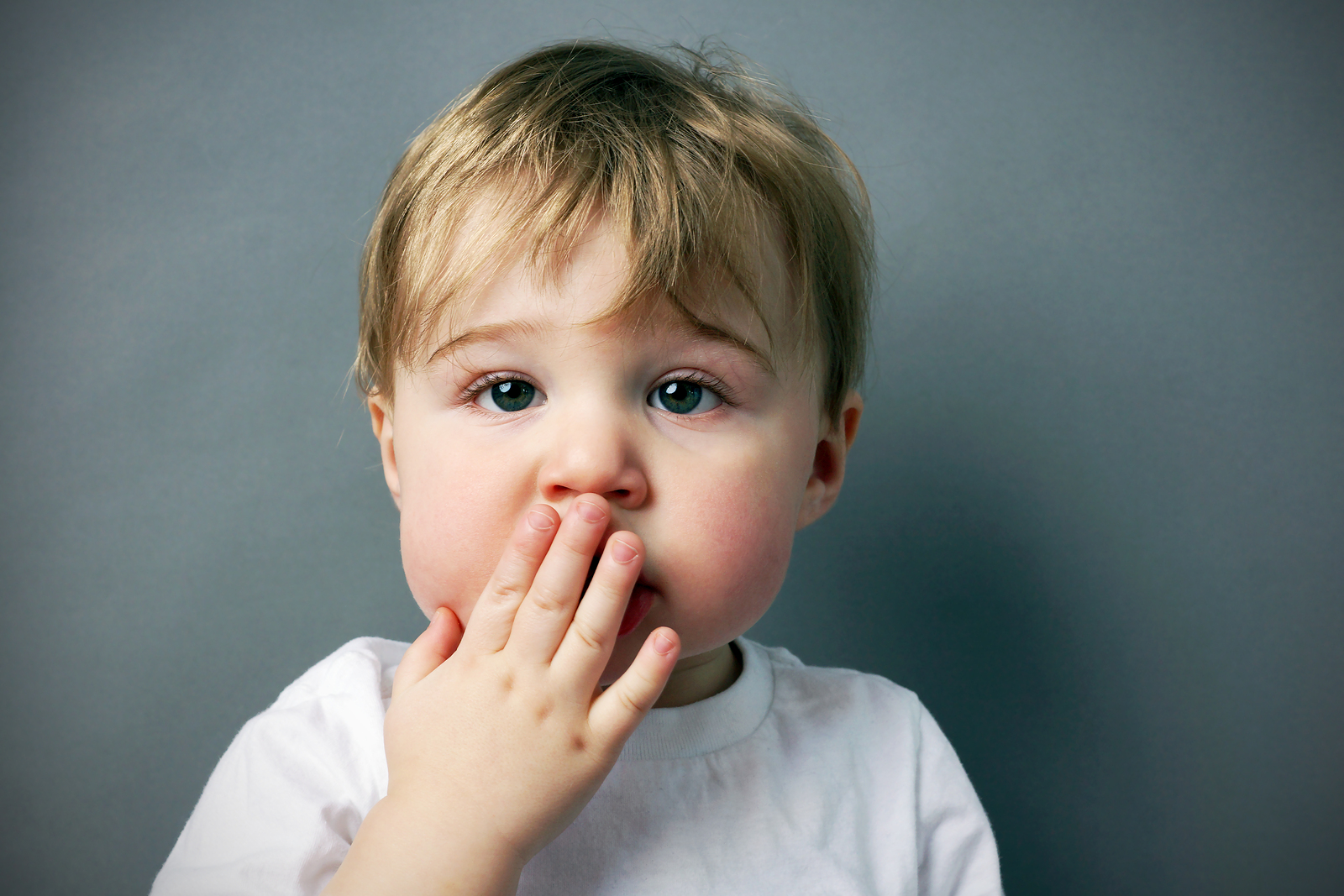 Thank you to those of you who continue to reach out to ask how our family is doing. You just don’t even know how much your words have encouraged my heart!

However, a few of your emails linger in my mind, particularly those of you who wrote something like this: “Barb, thank you for  speaking up. I’m in the same situation with my husband, but it’s not something we talk about in our family.”

If you sent one of those emails, you are God’s answer to my prayer: “God, do I really have to keep talking about this? This is so hard! Can’t I just go back to posting Bible verses and pictures of flowers?”

In the past few weeks, God has led me down a different path. A scarier and harder path. Along the way, I’ve been so blessed by how you’ve prayed for my family, especially my kids and my husband. I believe that with God all things are possible. But, I also know that many of you prayed, yet your marriage still ended. I am so sorry for your heartache. The hard truth that I must embrace is that God will either heal my marriage or He will heal me. Since I don’t know what will happen, my plan is to walk by faith each day and leave the future to God.

Today, I’m sharing my journey from keeping our situation a secret, maintaining privacy and being led to make it public.

Are ALL secrets bad?

`No. Not all secrets are bad. If there is something in your life that you don’t want to talk about and it affects only you, then keep it to yourself. Did you get cut from the cheer squad in high school but you don’t like to talk about it? You do you. Lose your first job out of college before you met your spouse? No worries.

However, a bad secret is a hush-hush matter that we don’t want to talk about it AND people have been hurt because of it. That’s a bad secret.

I spent three years keeping my husband’s suspected drinking problem a secret from my kids and family. I didn’t know how to talk about it. All I knew is that something was changing in our lives, but not for the better. Even though I started talking to a counselor, I never said a word to anyone else.  Meanwhile, my fears mounted. I started losing my temper often. I cried a lot. Still, I kept silent.

Then, a major event happened and that was when I realized that I couldn’t keep silent any more…

My journey from secrecy to privacy…
After an alcohol-related crisis in 2011, my husband and I separated for two weeks. This was at my insistence. I was angry. I wasn’t kind or gracious about his struggle. All I could think about was my pain and what had happened to me. Now, it hurt too much to be silent, so I told the ladies in my small group at the time. I felt so sick sharing my secret, but they responded with compassion. Oddly enough, I felt less sick after talking.

About this same time, I called my father-in-law, Brent. He was the first person that I opened up and really talked with about my husband’s struggle. My father-in-law struggled with alcohol addiction until his 50’s before finding freedom in AA. His addiction cost him a lot, but he finally broke free of his painful past by walking the hard-fought road to recovery. Brent gave me helpful language to talk about addiction. Most of all, he didn’t criticize me for talking. He had compassion for the situation that we were in.

Once I began felt more comfortable after talking with my father-in-law, I began conversations with my husband, other family members, close friends, and my kids. I must be honest, the conversations in those early years didn’t go well. I was angry and scared, so I blamed, argued, and got defensive. I also discovered that I had to daily surrender my fears to God in order for counseling and recovery to actually make a difference. I knew that in order to give my kids the best chance for their future, we needed to talk openly and purposefully about what was happening in our family.

Surrounding myself with safe, wise, and trusted voices was essential to privacy. Anything less will drive you back to secrecy. What do safe, wise and trusted voices sound like? They know how to listen well. They do not shut down your opinions. Most of all, they don’t “should” all over you! Instead, they let you discover the path and they love and cheer you along the way.

This is why I’m a huge fan of recovery groups like Celebrate Recovery, Alcoholics Anonymous (AA), and Al-Anon. There’s a better chance of finding safe voices to help you break away from secrecy than any place else. What happens next is up to you. As they say in recovery, “It only works if you work it.” (By the way, you may be super angry the first time you attend a recovery meeting. It’s okay. Most all of us felt that way, too. Go for three meetings and then decide if you should keep going.)

Since my situation was no longer a secret, I began to get better. I talked. I learned. I felt healing come into my life.

But, I didn’t feel the need to talk about our family’s situation publicly, whether in books, keynote messages or social media. Privacy worked for me.

The line between private and public is a personal decision.

The tipping point is whether or not sharing one’s experience can making a lasting and positive impact on the lives of others.

(If you go to my church, you know that I totally ripped off that italicized phrase!)

I hadn’t planned on talking publicly about my marriage separation or my husband’s battle with alcohol addiction until later – much later. Like years from now. In my mind, I planned to tell our story in a blog post, book or keynote message. I planned to start my story with something sounded like: Well, there’s a story that I need to tell you about a difficult time in my life long ago. But praise God it’s over and we’re all together and doing great.

But that is not the story that I get to tell.

While writing this post, it occurred to me that my father-in-law was the person who helped me move from secrecy to privacy. Then, it was his death a month ago (July 19) that moved me from privacy to talking publicly. I will forever be grateful to Brent for being there and helping me learn how to talk about something that I didn’t know how to talk about.

My father-in-law passed away from a massive heart attack in my husband’s arms. Two days after Brent’s death, I felt God telling me that it was time to talk publicly about our situation.  I immediately felt sick to my stomach. All of the fear and feelings that once came with secrecy came roaring back when I felt God calling me to talk publicly.

I began praying and asking God for wisdom to do what it seemed that He was leading me to do. I reached out to three wise friends who suggested that I wait until I had the margin to write and respond to emails. Ten days later,  I spent an entire day writing that first public blog post. Seven girlfriends reviewed my blog to make sure that it was as kind, honest, and respectful as I possibly could be. Next, I sent the post in advance to my kids and husband. Then I sent it to my family and my husband’s side of the family. After they had a few days of time, then, I shared the public news.

How did it feel? I felt nauseous and sick.

I really wanted to escape the entire matter. I’ve had to fight waves of fear.  I’m sharing them because if you’re facing some real and raw fears about sharing a secret or taking publicly, I want you to know that you’re not alone…

What if my husband’s side of the family stops speaking to me?
What if talking publicly is the final straw and my husband walks away for good?
What if people aren’t cool around my kids?

I wish that I could tell you that these fears have completely gone away. They haven’t. But, just because they are fears, I have the tools to help me not be afraid. I handle those fears when they pop up and I move on.

For those who are grappling with family secrets, I hope that sharing my story gives you a chance to think about what God may want you to do with your story. Notice how important it was for me to have safe and wise voices in my life to support me. Also, the choice to share can’t be made by anyone else other than you. Don’t let others force you into speaking up or out if you aren’t ready.

LEAVE A COMMENT: Why is talking about our family secrets so hard?