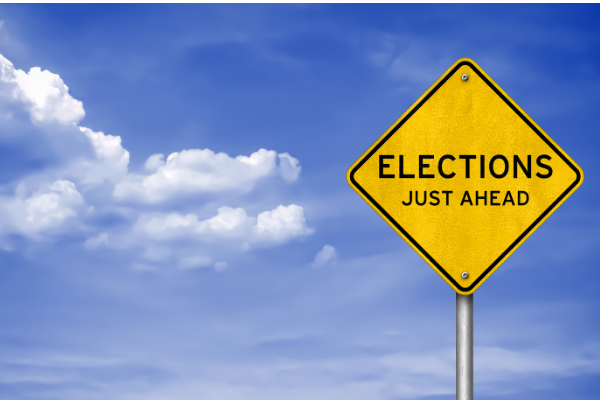 I swear, it’s gonna be all over if the “other guy “wins!

Has that phrase or something similar come out of your mouth? It doesn’t matter which candidate is the “other guy” for you, both sides feel like it will be the end of the world if the “other guy” wins.

We’re a month out from the election, but our fears about what will happen after the election have been floating around for a long time now. This is called “election anxiety” and it’s a real thing.

Look at the list of fears below. How many of these resonate with you?

I fear that the other person/other party will:

____ reduce/remove some of my personal freedoms.

____ not protect me from personal pain or harm.

____ make us vulnerable to attack from other countries.

____ sink our country into financial collapse.

____ cause our country to fall into violence or chaos.

____ become a tool of Satan or usher in the End Times.

(By the way, did you notice how it doesn’t matter who your “other guy” is, that the fears are the same on both sides of politics?)

It doesn’t matter if you checked off one or all of them. I wanted to create space for you to get all of those fears about on the table. I’m not judging you, instead, I care about you, so that’s why I’m writing this post. My passion is helping women live beautifully strong and courageous in the midst of fear because I don’t want you to miss out on God’s great adventure of purpose for your life. If you’re struggling with election fear, I see you and I want to walk with you through this difficult space toward God’s freedom and peace.

Not knowing who will win the election creates just as much fear as wondering what will happen after the election.

Uncertainty drives us crazy. WE WANT TO KNOW IF WE’RE GOING TO BE OKAY! When we don’t know, those questions marks leave us feeling insecure and uncertain. Our natural negative bias kicks in and we begin creating negative mental movies in our minds about everything that we might lose or the pain that we might feel. If you’ve done my Joshua: Winning the Worry Battle Bible study, I call those negative mental movies, WorryFlix.  Like NetFlix or any other streaming media, WorryFlix serves up one awful episode after another in our mind. It’s so hard for us to stop watching!

Your mind collects whatever it is that you’re afraid of and uses that to script your WorryFlix episodes. The more that you read, watch or listen to in the news, the more WorryFlix election episodes that your mind can generate to keep you awake at night fearing the loss of everything that you hold dear.  The worst part is that your body feels your WorryFlix like it’s really happening and the anxiety persists. But the good news is that you can win your election worry battle.

The Bible contains over 300 verses that contain “do not fear” or “do not be afraid” because God knew that we’d feel threatened by uncertainty. Being afraid isn’t a sin.

But God doesn’t want you to live IN fear. He wants you to live in confidence and security that He is with you and for you, no matter the elections outcome.

If you want to escape living IN fear, it begins with flipping your fear.

In my Joshua: Winning the Worry Battle Bible study, I say it like this:

The difference between worry and worship is who you are talking to.

For this year’s election, I’ve added one more sentence to that statement:

The difference between worry and worship is who you’re listening to.

For years, I fought a raging worry battle. The change came when I realize that I could turn my worries into prayers. One of the techniques that I write about in the Bible study is a smiple flip from “What if” to “God, if…”

Let’s practice. Instead of saying:

What if _____ wins the election and wrecks the economy?

I discovered this while reading about Jesus in the Garden of Gethsemane praying before the soldiers came to arrest and crucify him. Jesus faced stress so intense, his sweat was like drops of blood (Luke 22:44). Yet, instead of “what if” worries, Jesus prayed, “God, if…” prayers . As Jesus prayed, “God, if…” he found the strength to face whatever lied ahead. You can, too. Do the flip from “what if” to “God, if…” whenever you begin stressing out about the election and God will give you the strength and peace to face whatever happens.

A few final thoughts. Take what you’d like and leave the rest…

TODAY’S PRAYER: Dear God, you are my future! Today, I need to let go of my election anxiety and focus my eyes on you. I trust that Your presence, Your promises, and Your provision will be all that I need. In Jesus’ name, Amen.

COMMENT: What causes the most election anxiety for you? 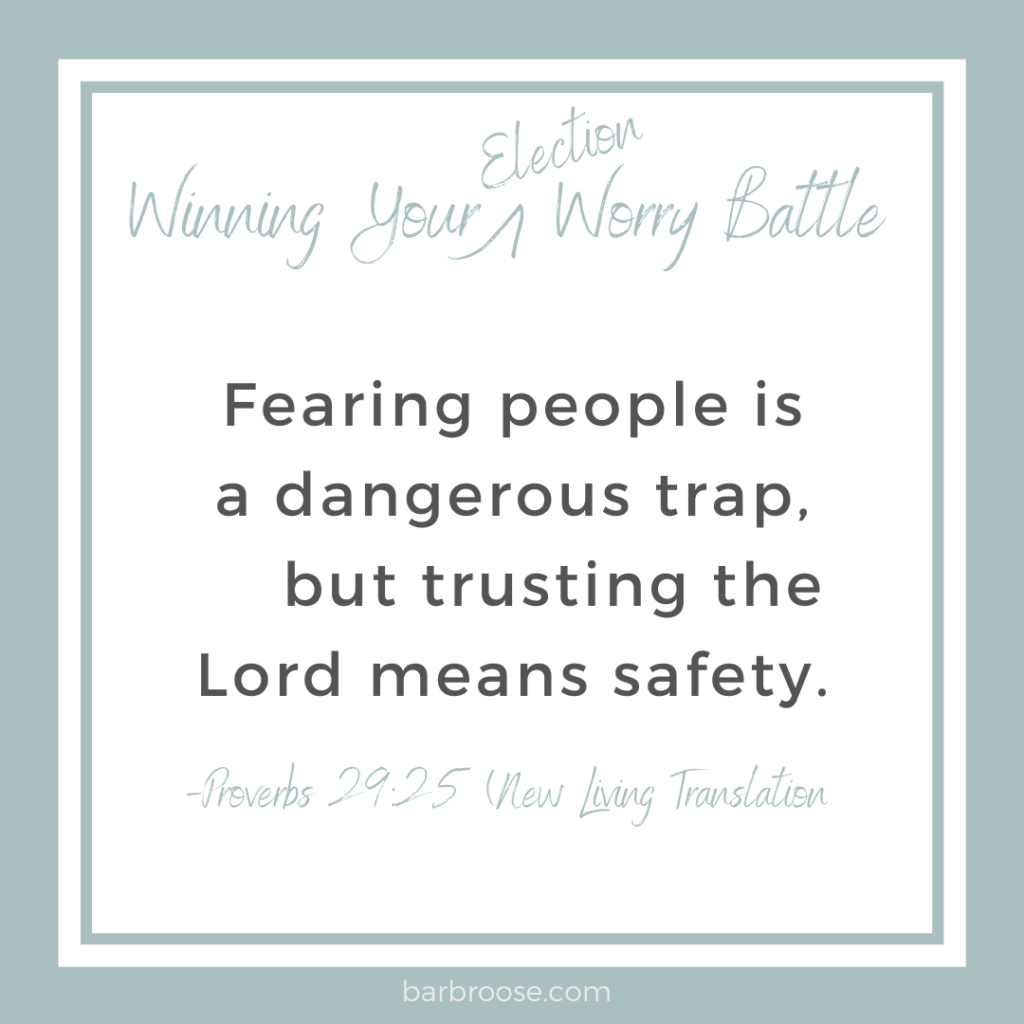 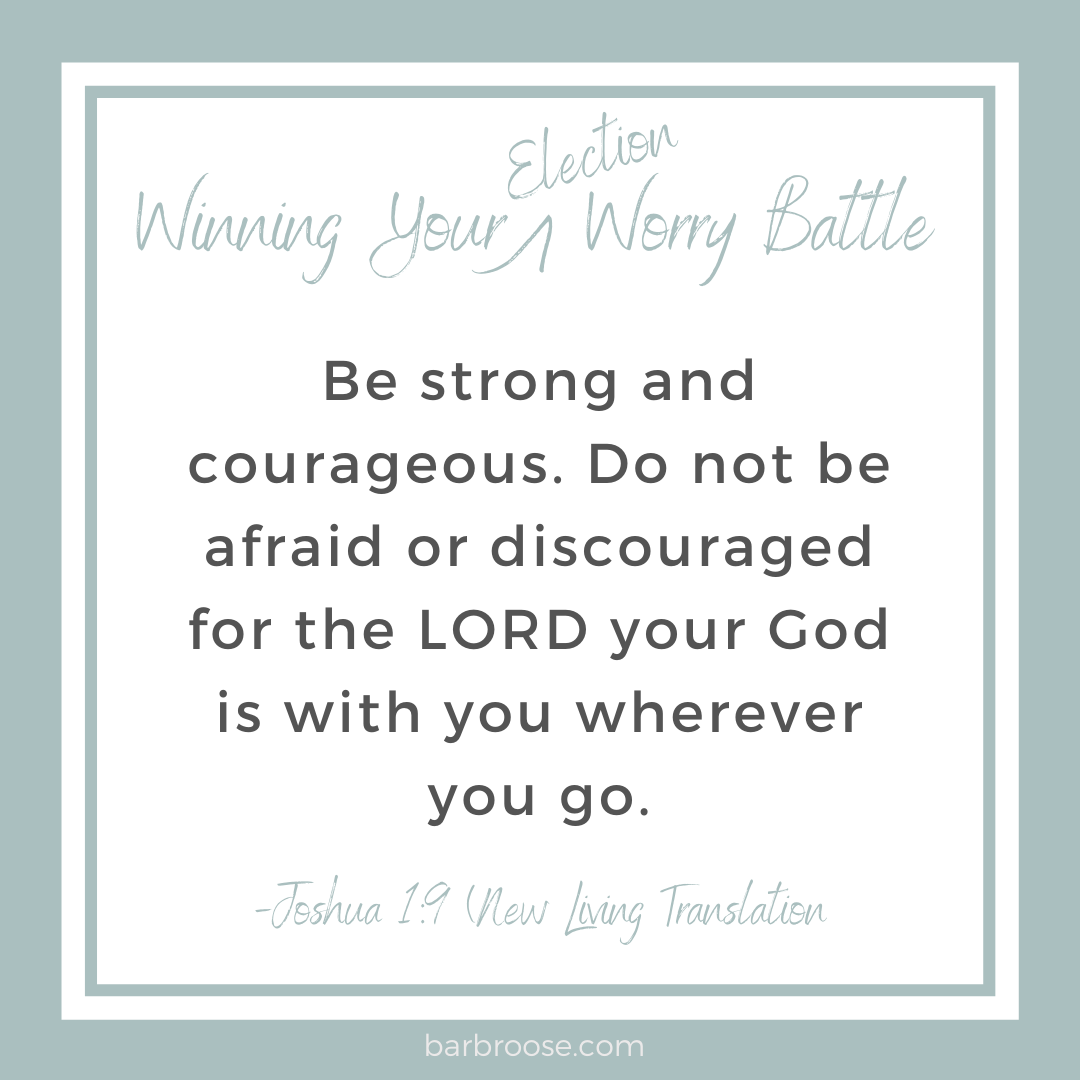 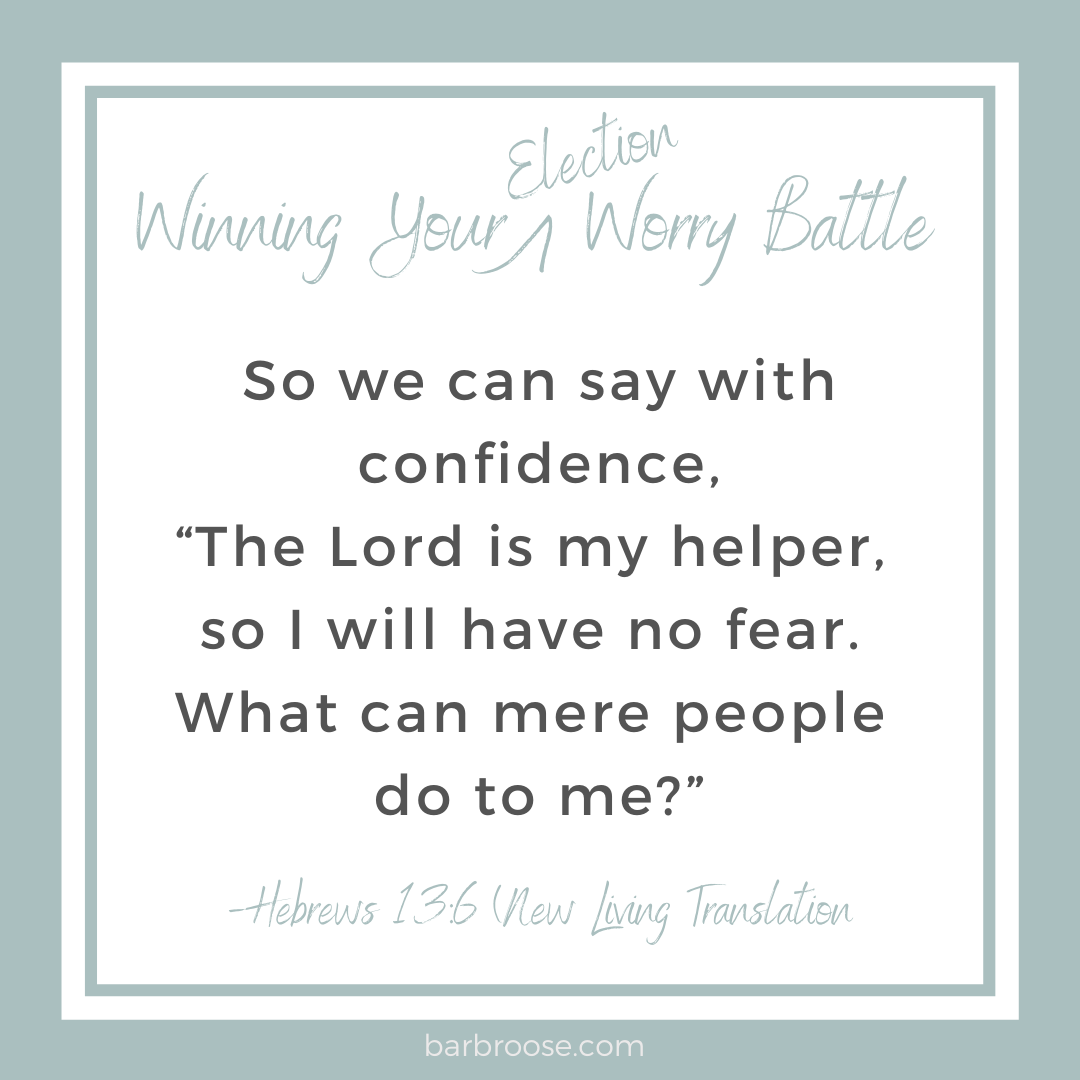 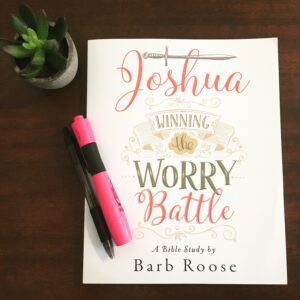 “This Bible study was made for the year 2020 with all of the things on in the world. It has helped keep my worries in check.”

“Beautiful Bible study book with so many practical and applicable ways to manage stress and anxiety. I enjoy working on this study so much. What better way to learn about God and His promises than through study of His word! This book is also very well organized and interactive. Highly recommend.” -M., Amazon Reviewer