Still Dreaming: The 57th Anniversary of MLK Jr’s “I Have A Dream” Speech 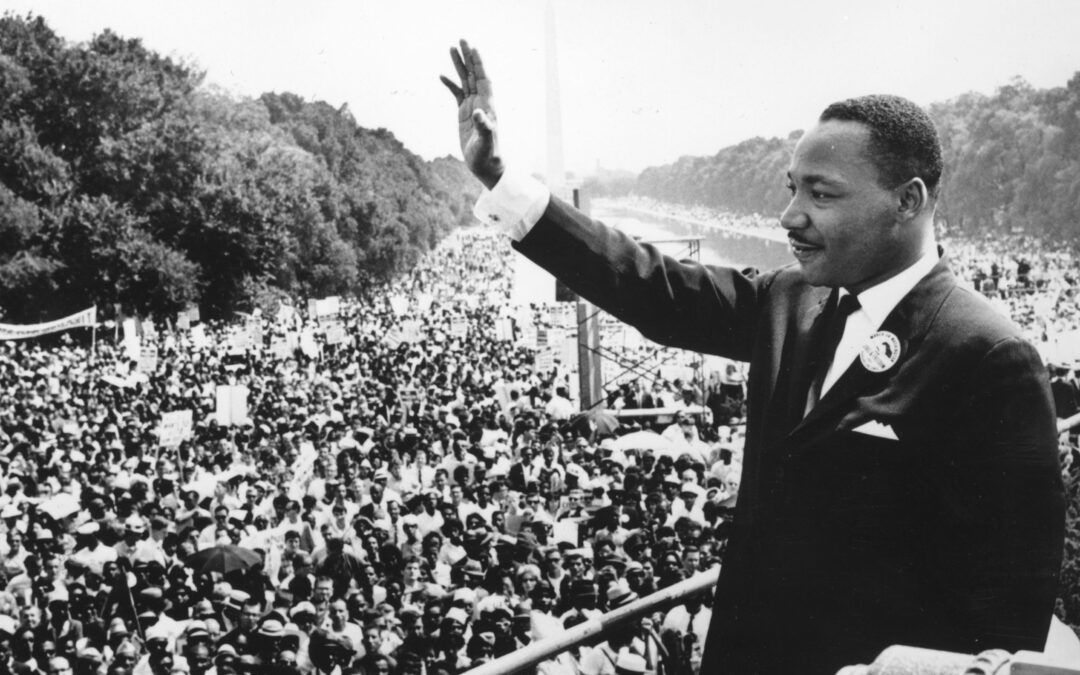 It’s 1:30am and about an hour ago, I chewed up my melatonin gummies so that I could get a good night’s sleep.

However, tonight I padded into my office to check social media one more time before going to bed. (I keep my cell phone in my office instead of next to my bed so that I can sleep rather than scroll through social media. Honestly, it’s one of the best decisions I’ve ever made!)

That’s when I saw that today is the 57th anniversary of March on Washington and Martin Luther King, Jr.’s historic “I Have a Dream Speech.” I kept scrolling and saw other posts about the riots in Kenosha, WI over #jacobblake’s shooting by police officer.

Tonight, I decided to read Dr. King’s entire “I Have a Dream” speech. I mean, it’s almost 2am, so that sounds like a good idea, right?

In our world of short-attention span and sound bits, I’d venture to guess that most people have never read or heard his entire speech. I wonder how many schools cover this as one of most historic speeches in U.S. history? Generally,  people recognize the later, more lively part of Dr. King’s speech, particularly, “FREE AT LAST, FREE AT LAST, THANK GOD ALMIGHTY, WE’RE FREE AT LAST!”

Those words thrill our hearts and give us hope. What we forget is that Dr. King’s empassioned end was a dream, not a reality. Those final words hinge on the previous, profound – and I don’t use the following word lightly – prophectic observations that Dr. King made about our country.

A menagerie of messy emotions ping-ponged around as I read the transcript of his entire speech. My heart hurt, my eyes watered and my soul ached. Other than the use of the word “negro,” Dr. King’s speech could have been given afresh this summer.

As a black woman living in America, I share Dr. King’s dream. I haven’t lost hope, but my heart is hurting. Tonight, Dr. King’s speech reminded me that blood, sweat and tears are required when we’re fighting for something worthwhile.

Why are we STILL dreaming?

For those who say, “Wait, but haven’t black people been able to (fill in the blank)?” Yes, we’ve been able to make a lot of strides. I saw a t-shirt once that said, “I Am My Ancestor’s Wildest Dream” and in many ways, that is true for my life and others.

Yet, here’s a “BUT” bigger than any advancement that African-Americans have made in any segment of society:

BUT, black people are still fighting for their actual right to keep breathing in America.

If you argue with that fact, I promise that you absolutely do not know enough black people.

We’re still arguing over whether or not it’s justified to shoot a black person because of his or her past. We finally got a grip on not blaming sexual assult victims on what they wear, but goodness, what’s the hold-up on agreeing a traffic violation, jogging, theft, walking home from a convience store, sleeping in one’s bed – these are not justifications for murder?

Then, I’m reminded that Dr. King was murdered.

Thankfully, his words live on.

We need his words today.

If you’d like to read King’s entire speech, I recreated it in these slides. A few things before you start:

1. Keep Your Eyes on Your Own Hoola-Hoop: Dr. King addresses both black people AND white people in this talk. Don’t undermine what you can learn by focusing on what the other side should be doing.

2. The slides are in order, begin with the slide that has “barbroose.com/graceproject” on the bottom right corner. That’s Slide #1. Advance the slides by clicking the arrow to right.

3. If you don’t like to read, I’ve inserted a video below that you can listen to.

4. Share this post. Allow Dr. King’s words to be a voice for hope for black people, other people of color and everyone fighting for justice with them. If that’s you, thank you.

Thank you for stopping by. It’s almost 2am at this point and any effects of the melatonin are worn off. But, Dr. King’s words of truth, justice and hope comforted me enough that I think that I can fall asleep. 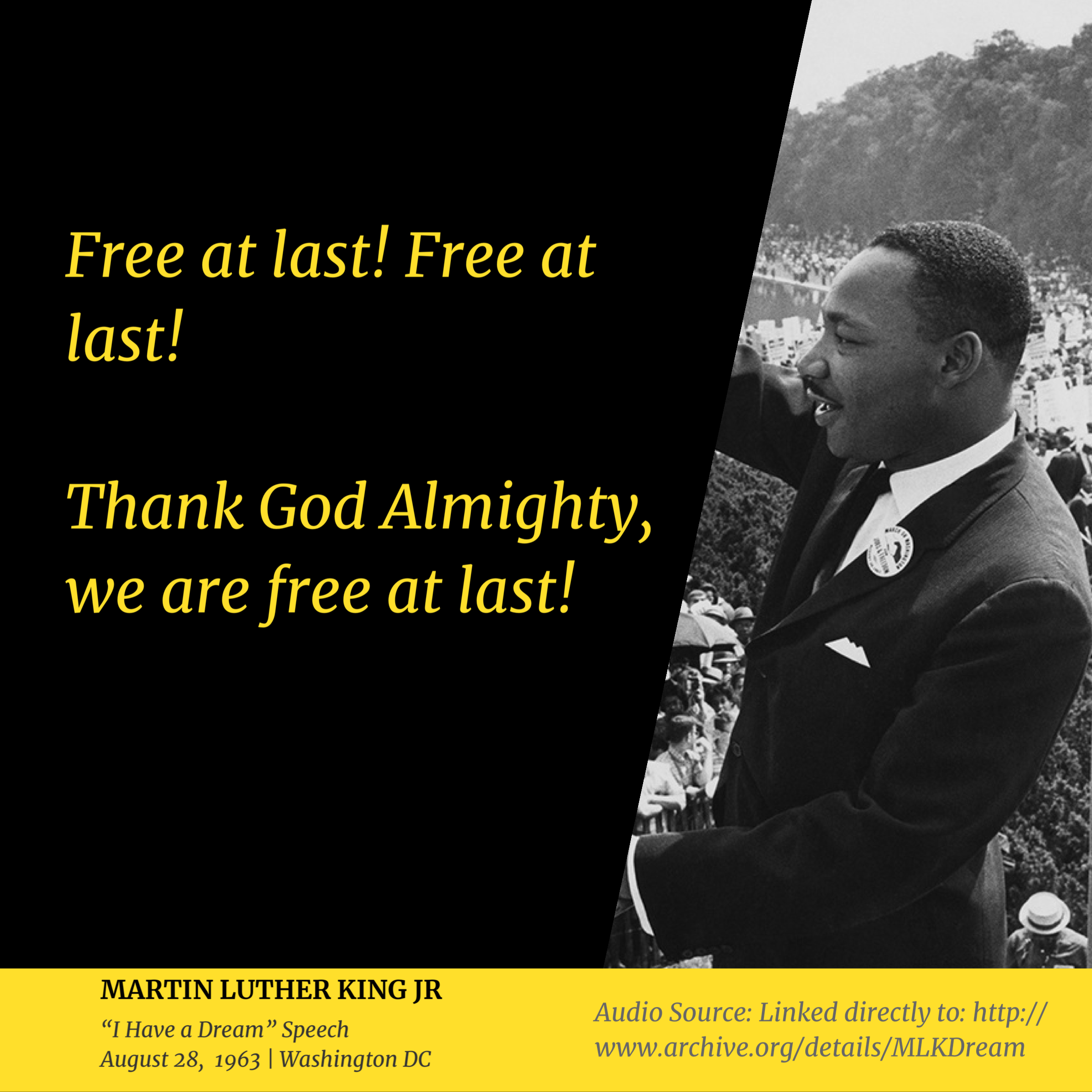 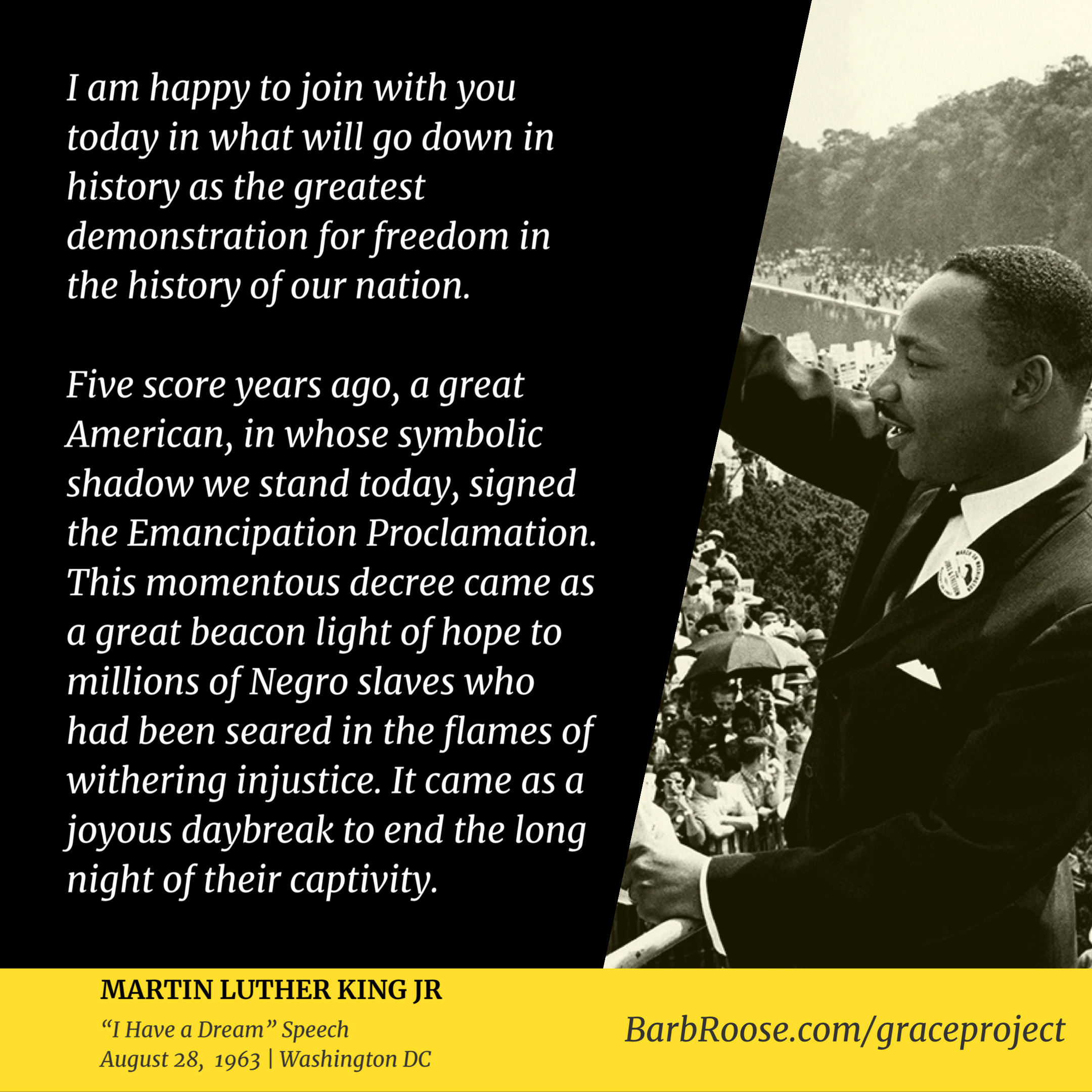 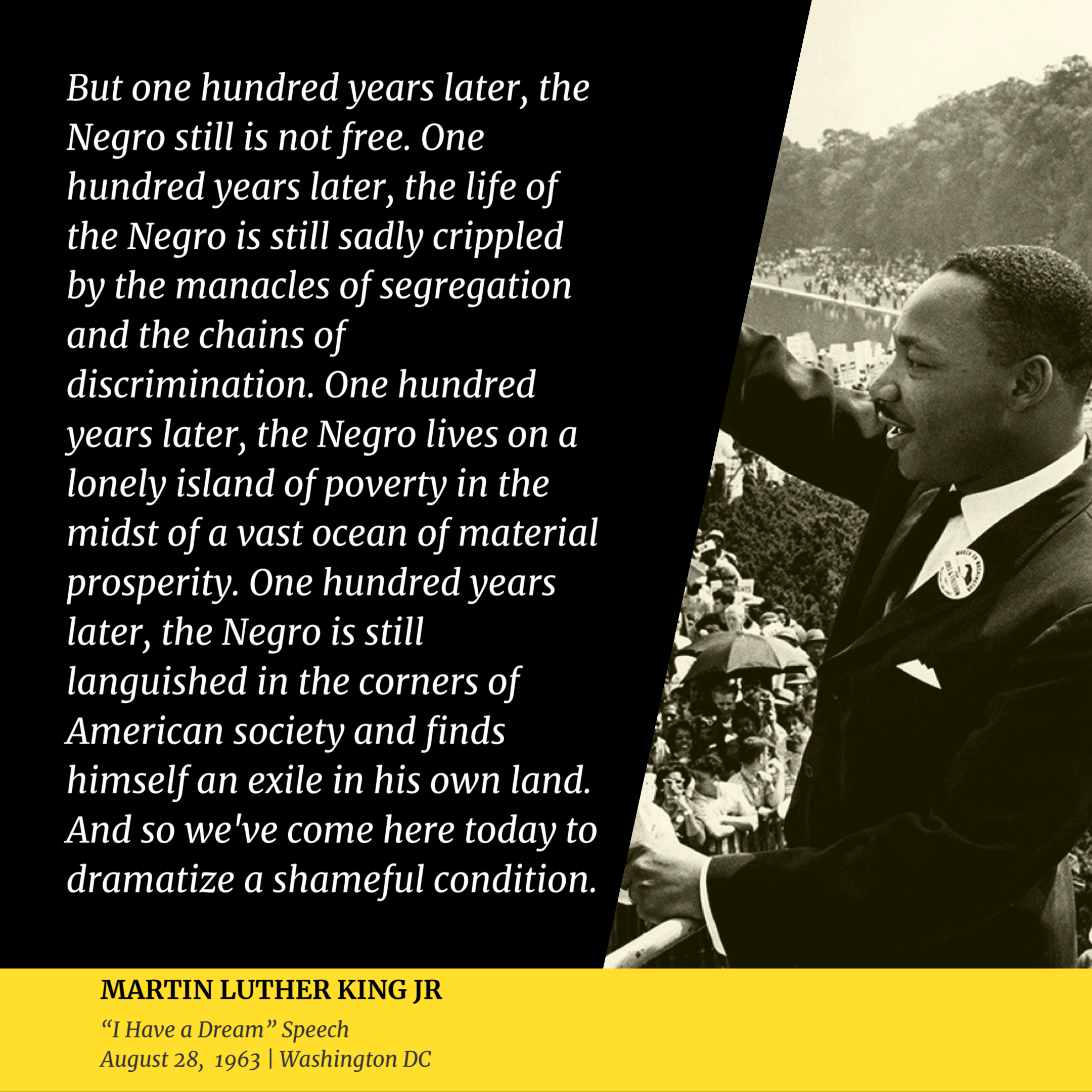 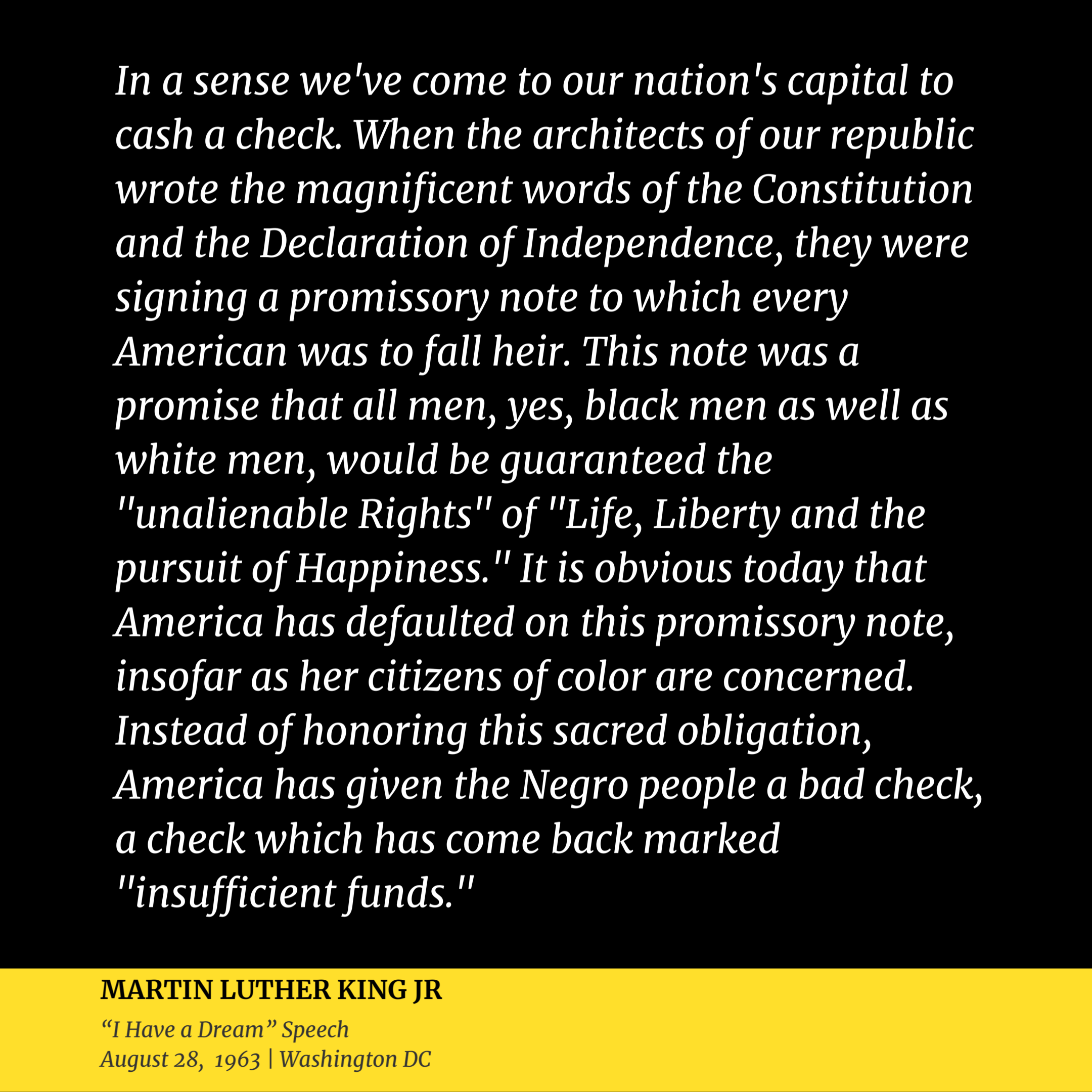 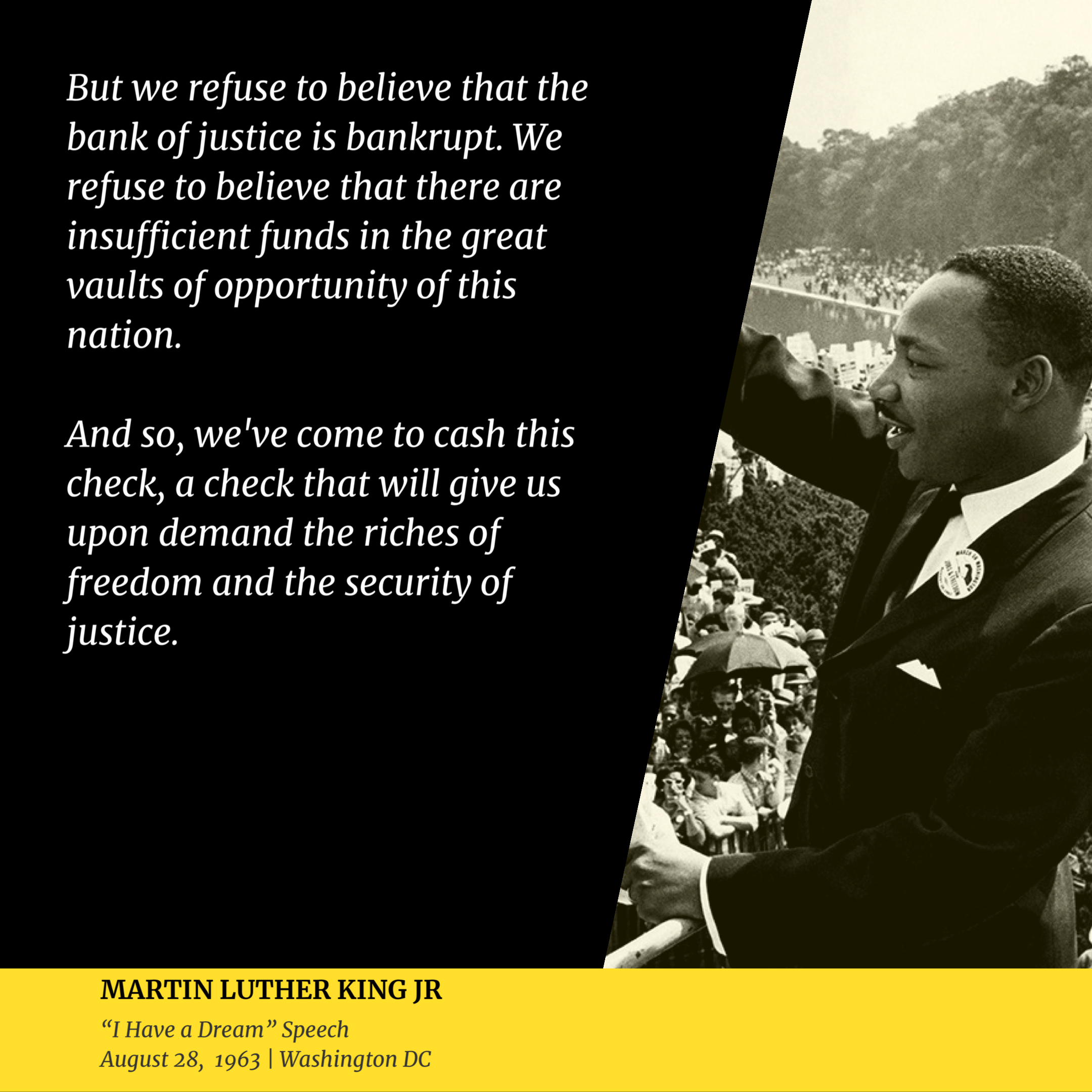 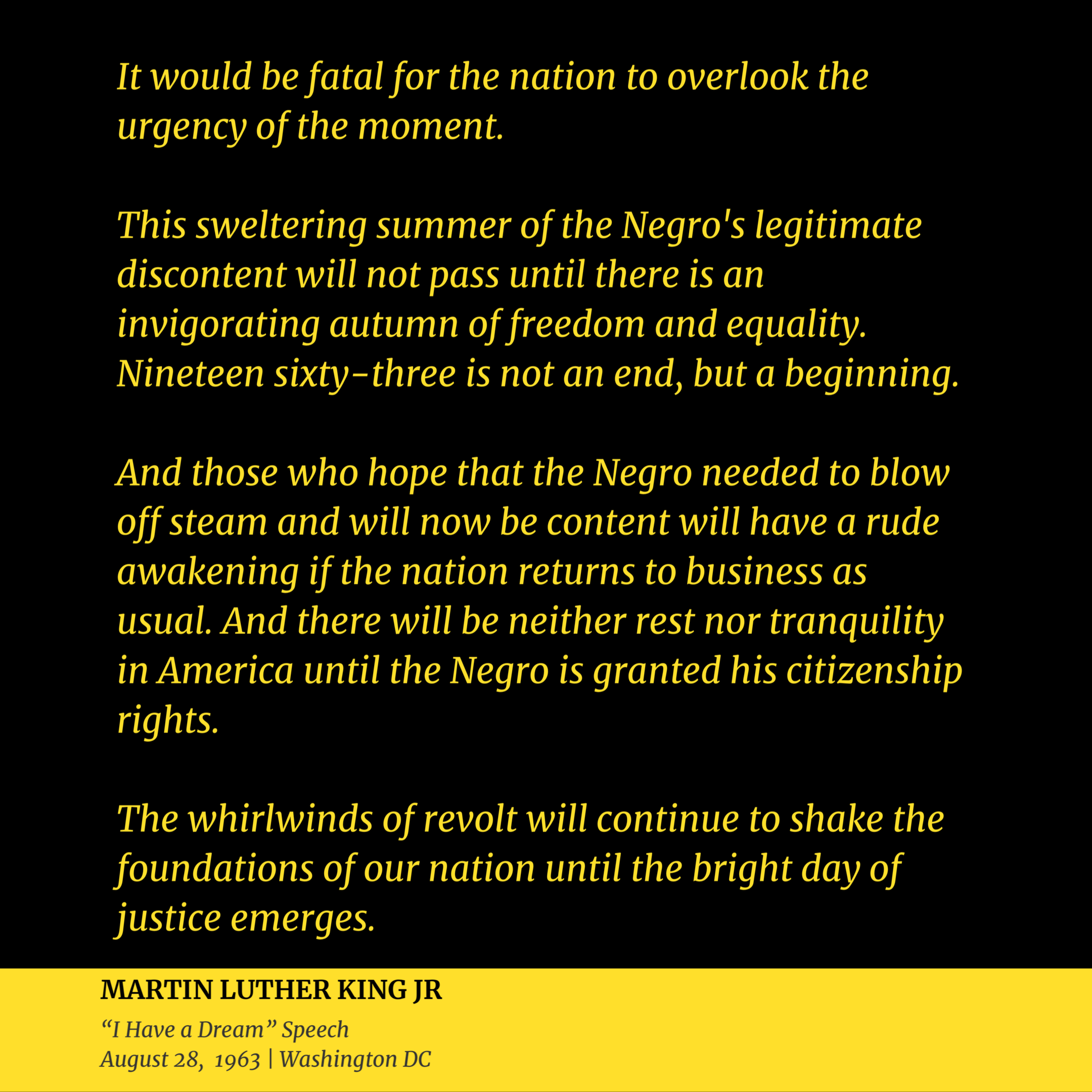 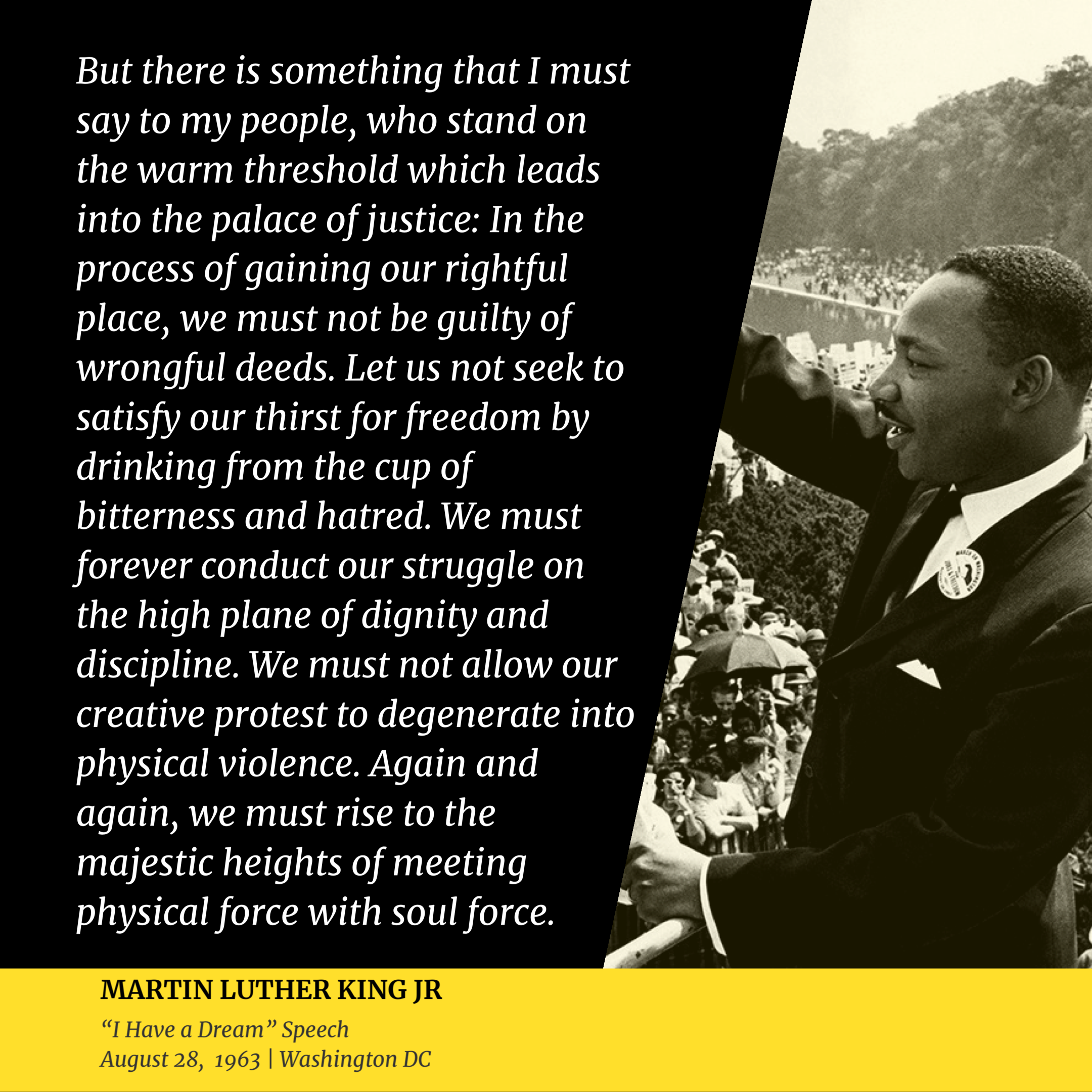 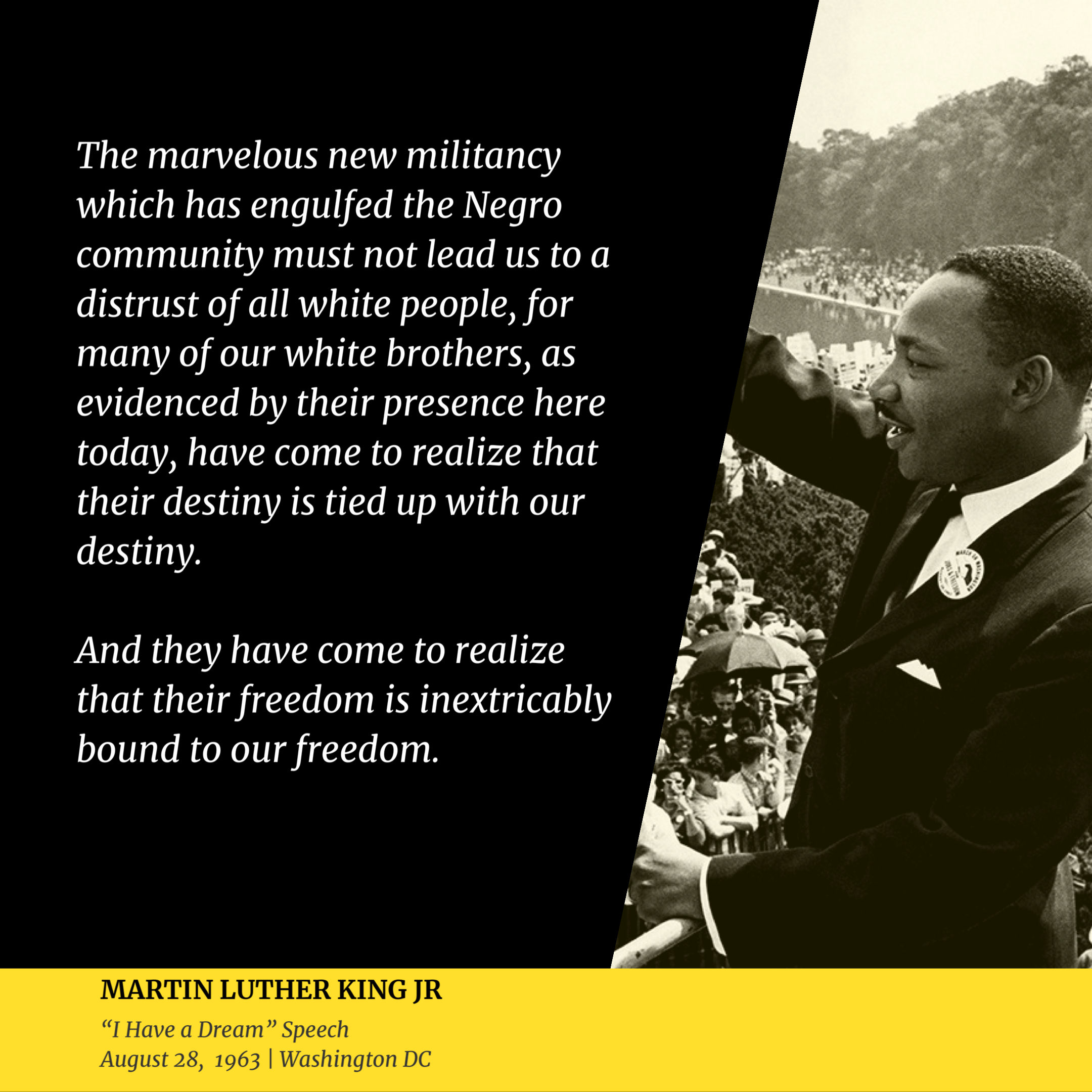 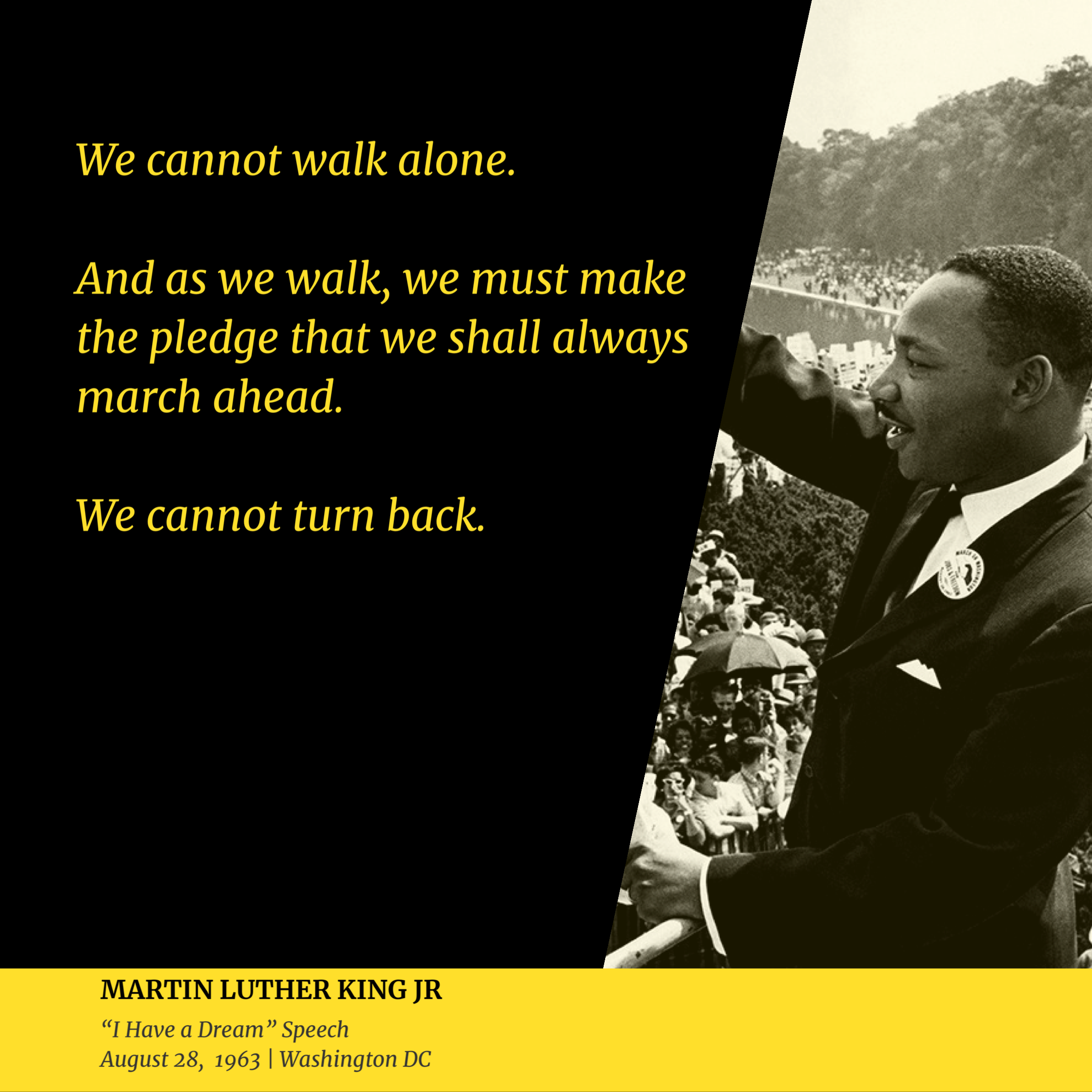 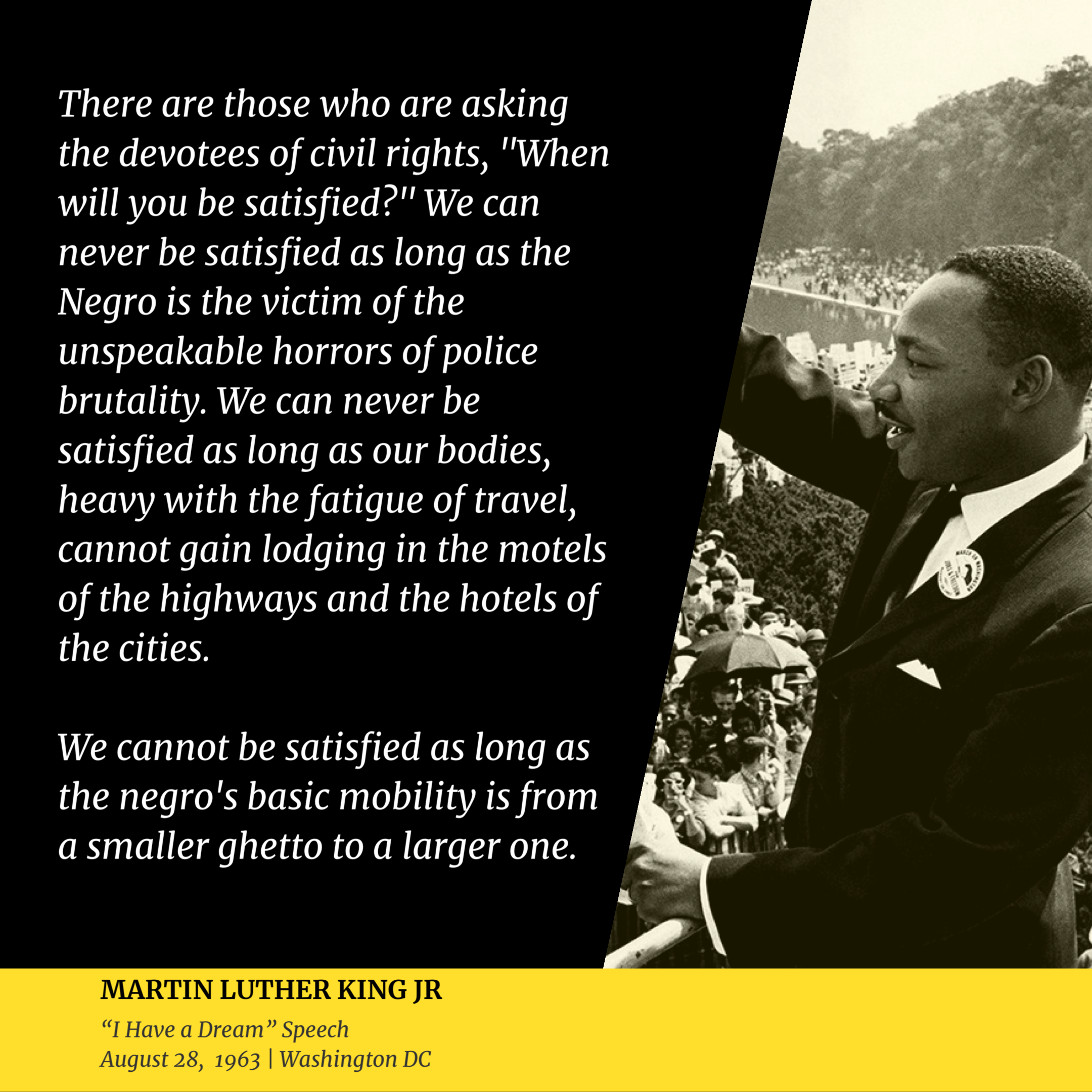 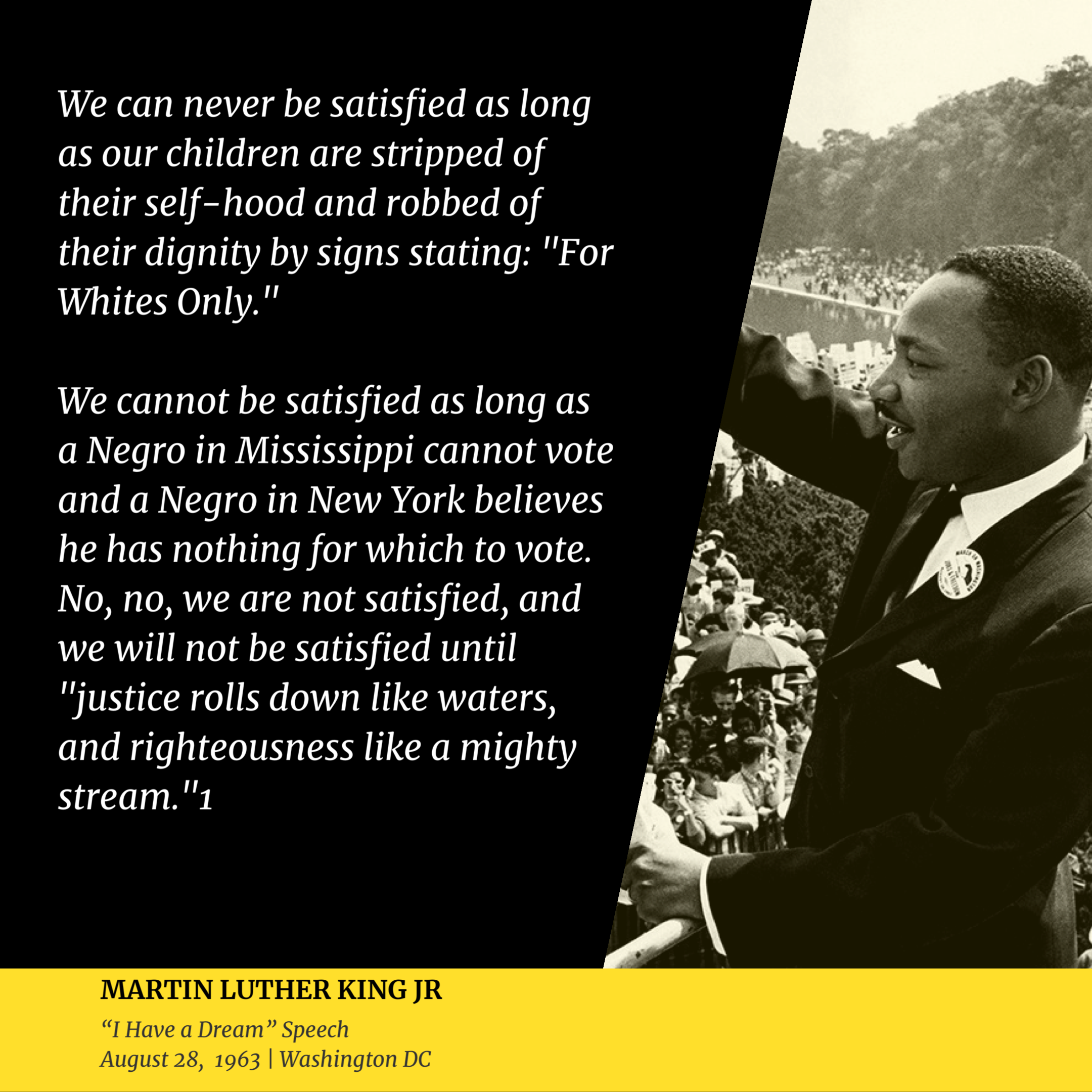 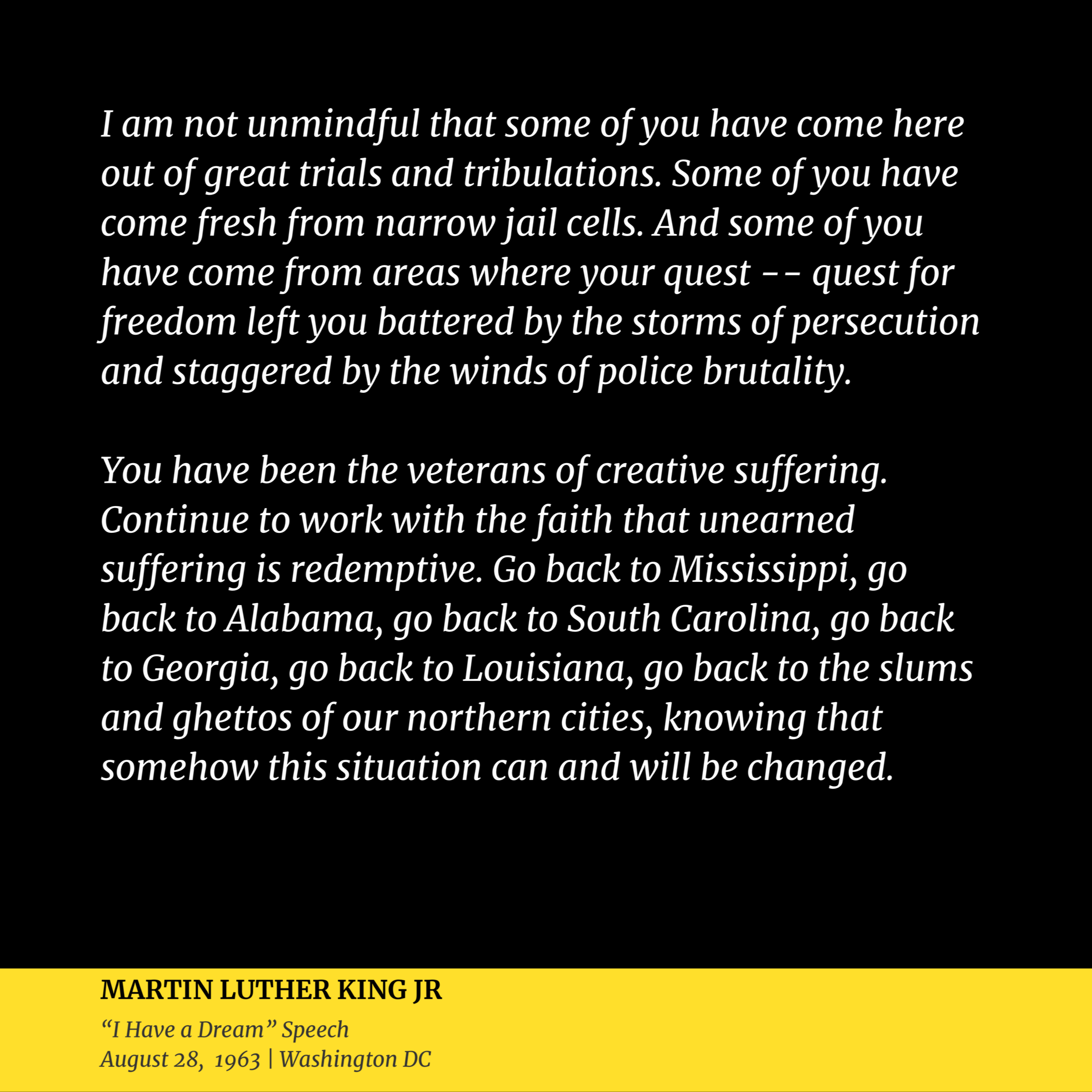 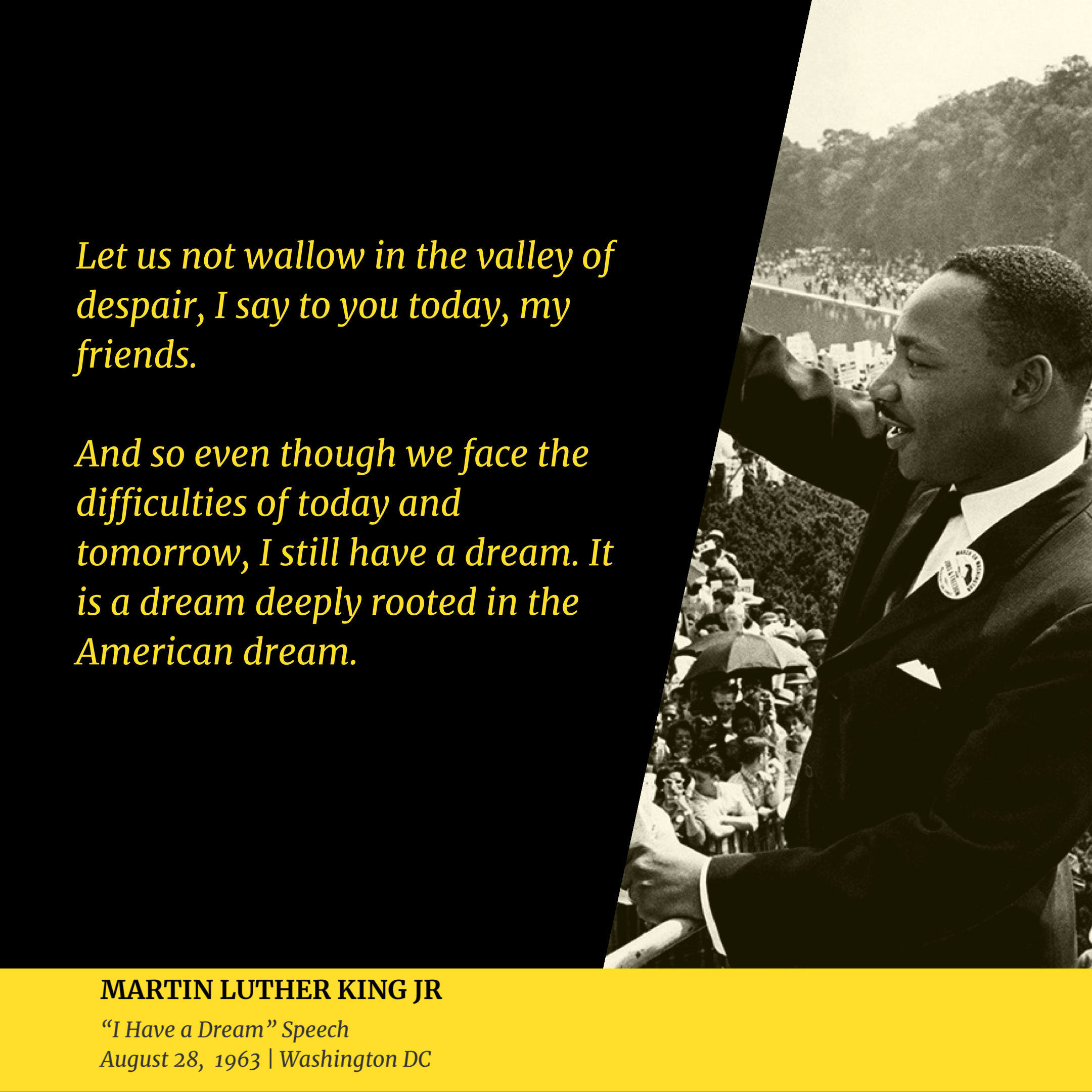 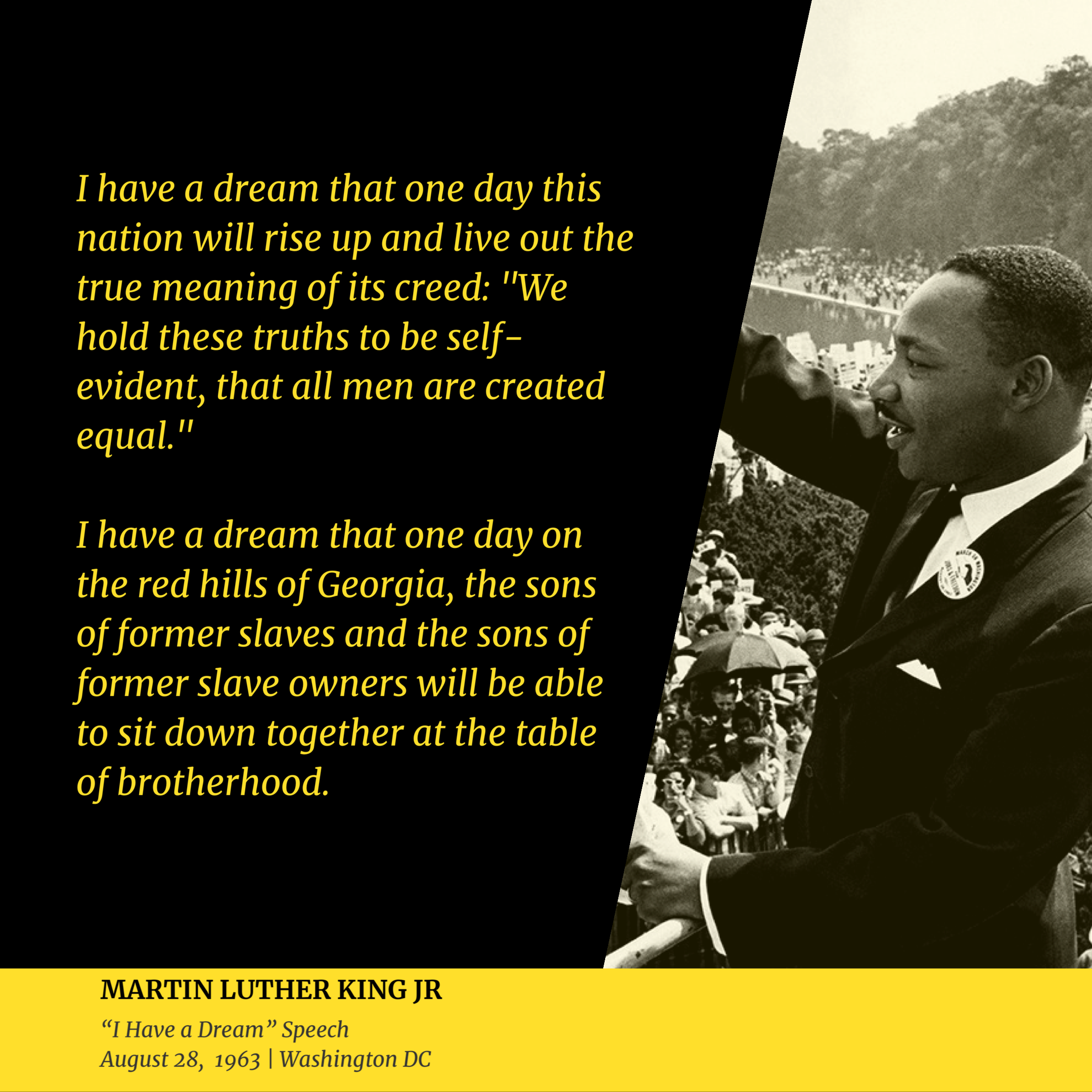 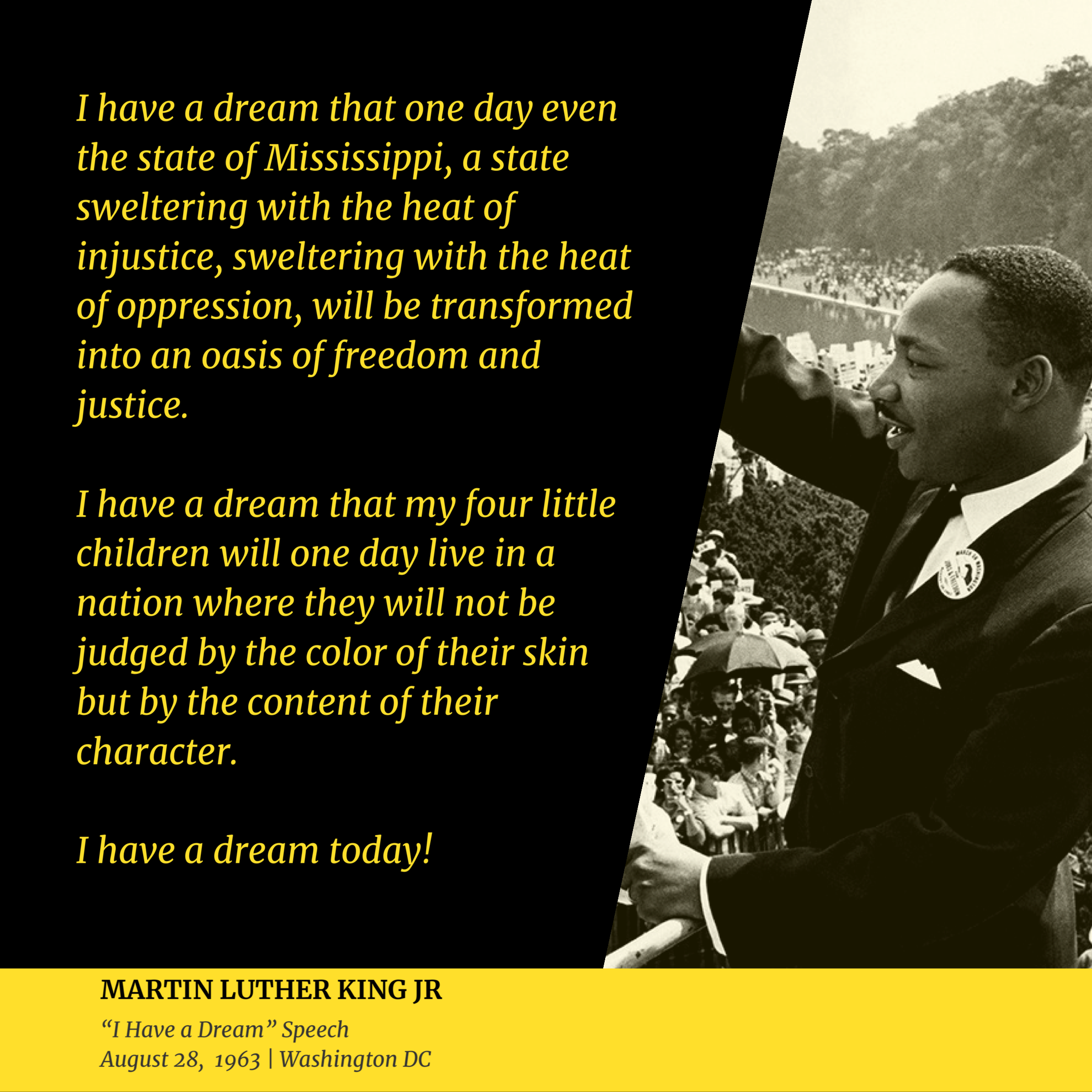 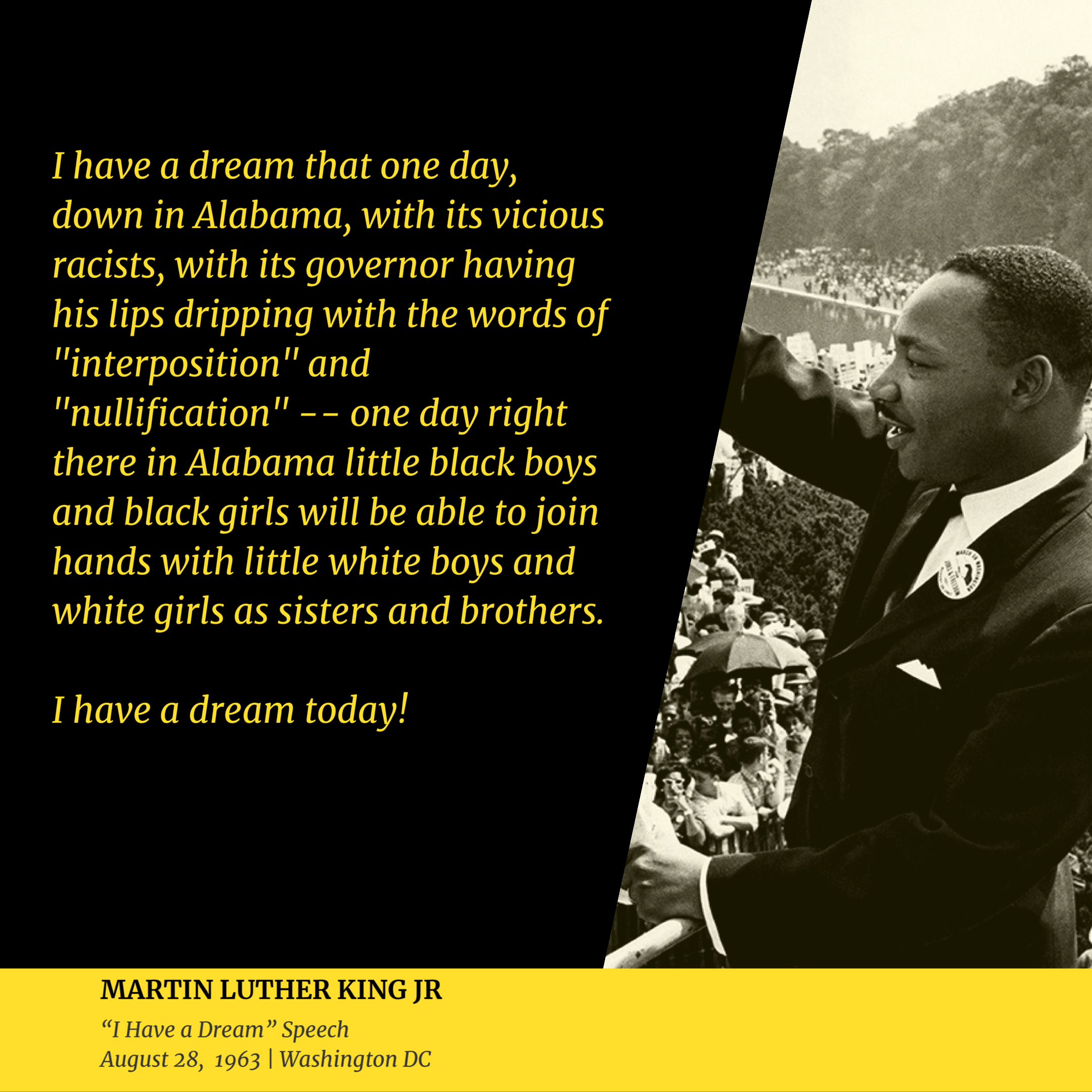 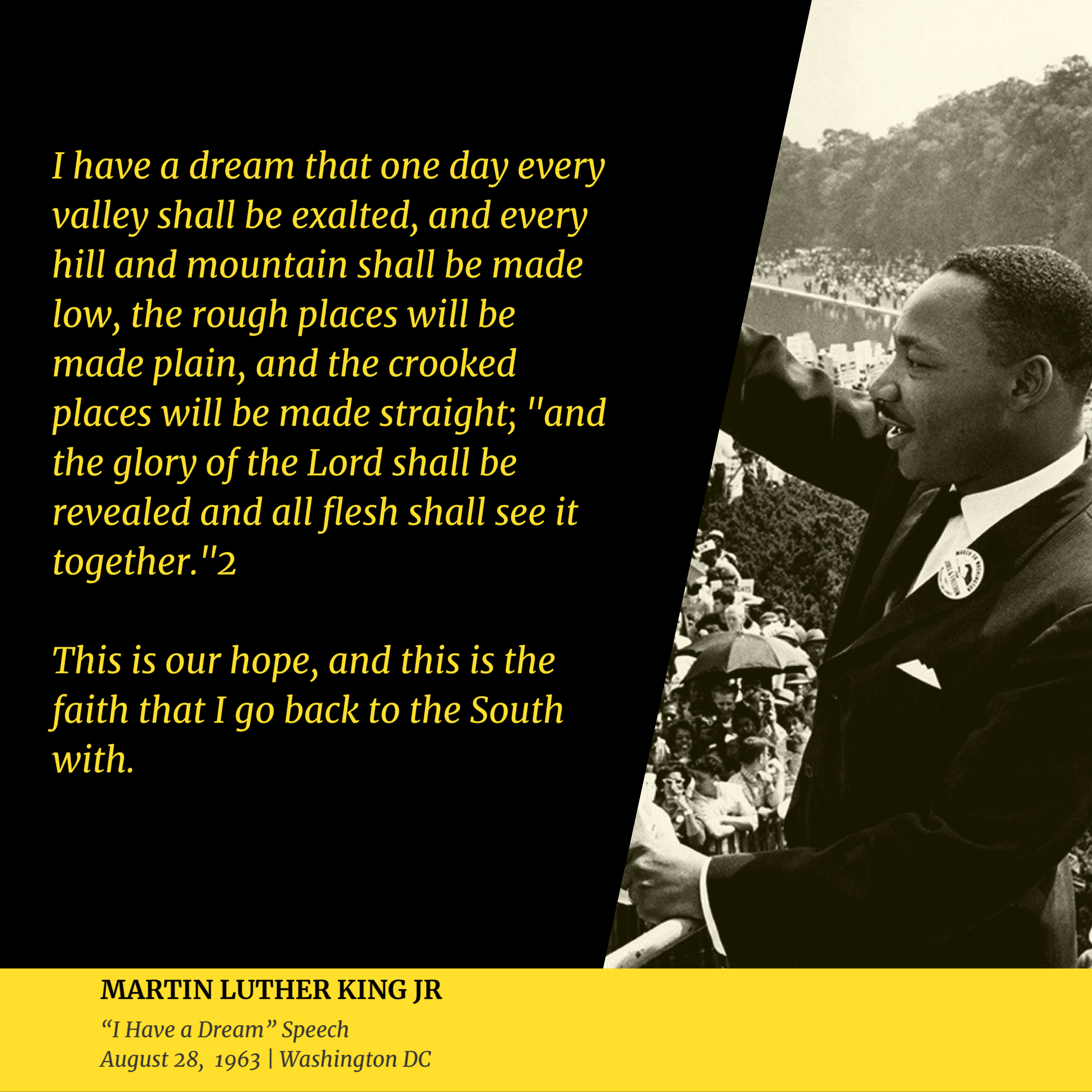 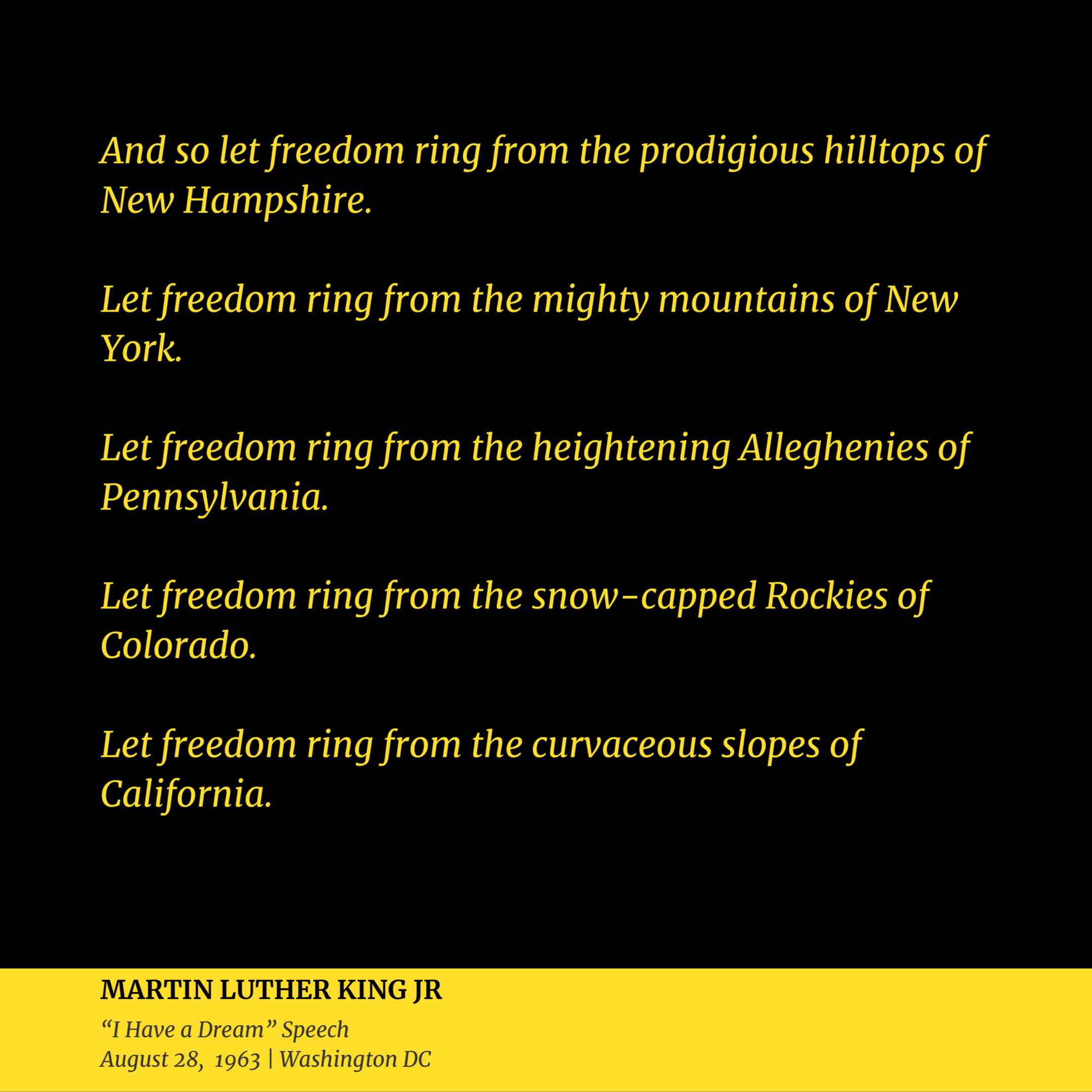 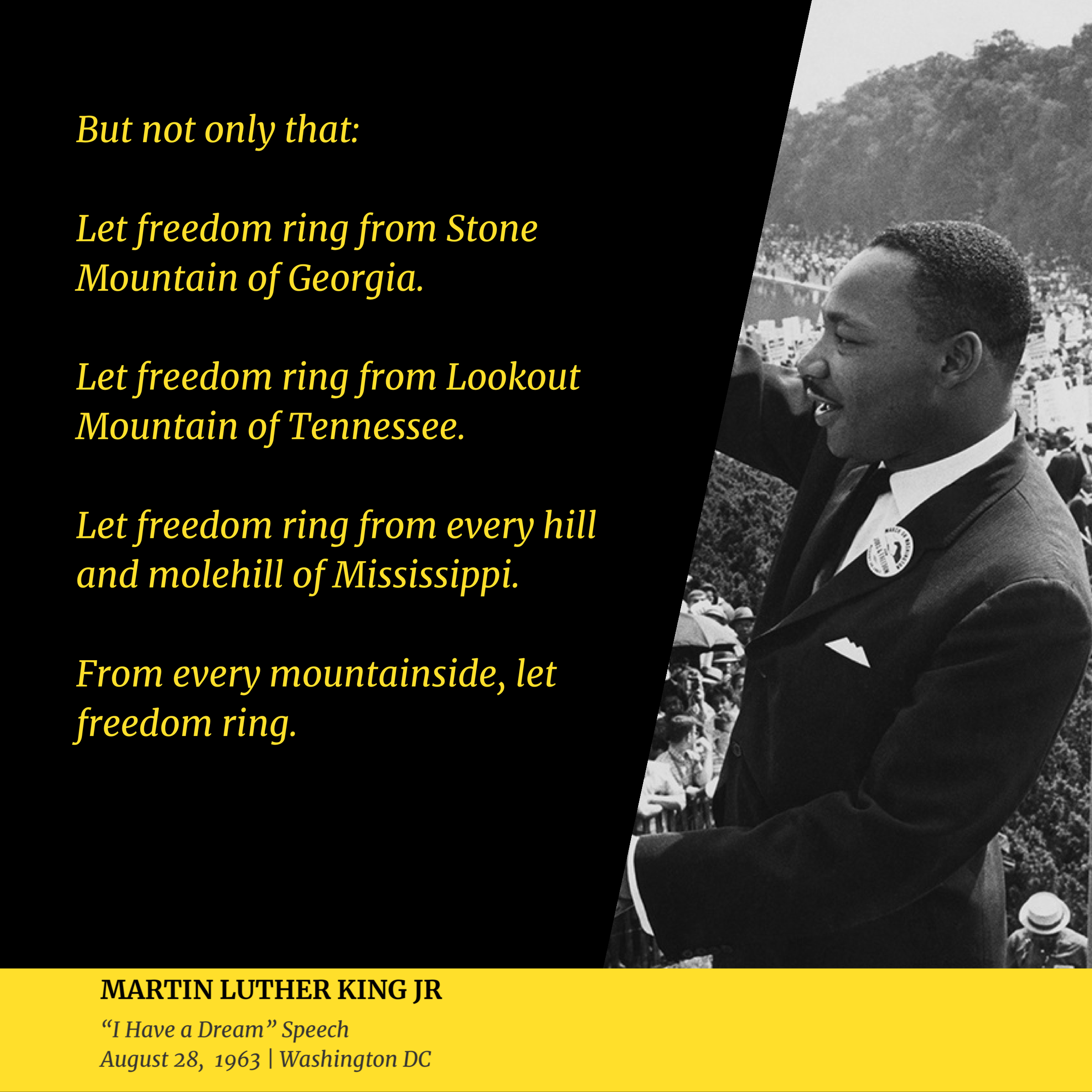 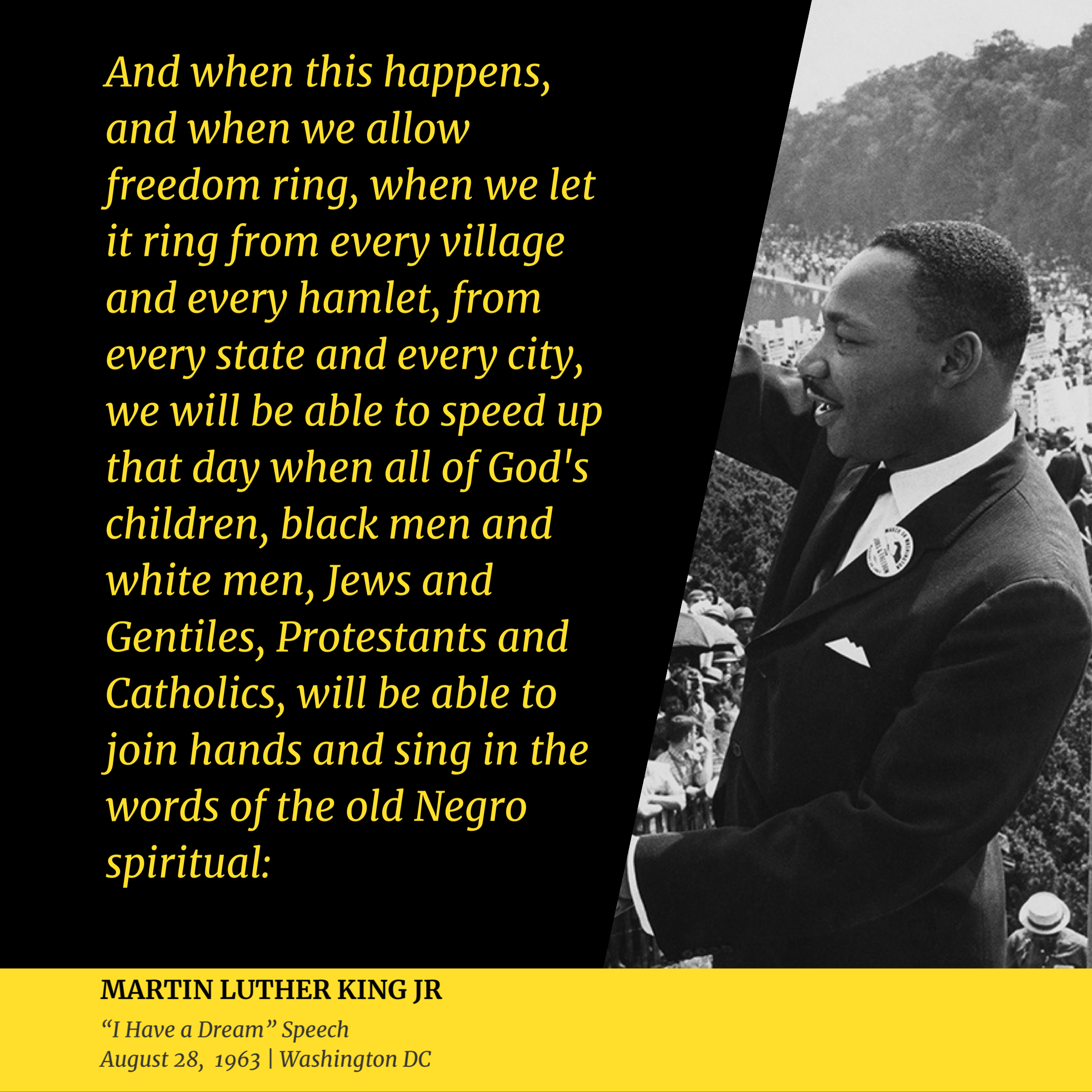 Looking for Anti-Racism Resources to Help You Speak Up and Stand Out?

I curated the (G)race Project, a collection of blog posts, videos and interviews that I’ve done on the topics of race, grace and the gospel. If you long to see justic and unity in our churches and our world, let the journey begin with you!