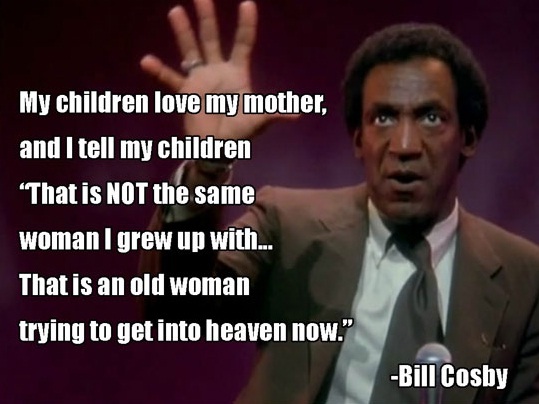 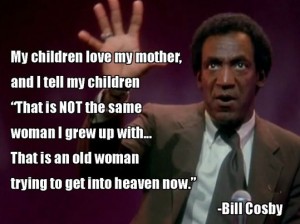 When I was growing up, I thought my grandmother was magical. Of course, I had a pretty low threshold for what constituted magic, so Grandma surpassed it every single time. If we are lucky, the word “grandma” means big hugs and kisses, softness and smiles, but most of all, just a great big ‘ole dose of love. And Grandma’s love was the most magical of all.

We lived in one apartment complex on the outer edge of town and Grandma lived in the apartment complex next to us for many years. In my mind’s eye, I can still see Grandma standing in the open doorway with a big smile on her face and open arms. I see her short, round frame with knees bent slightly to absorb the full-force of my lanky child body. Her middle was soft and she smelled like perfume and Crisco. Future grandmas take note: You should always smell like something good in the kitchen. Your grandkids will like that.

On long summer days, we’d try to stay cool and Grandma always had cold watermelon slices – I could eat as many as I wanted. One summer day, Grandma let me eat the entire watermelon. I stopped eating watermelon after that. Grandma felt bad and started buying Icies instead.

Over the next 30 years, I grew up, moved away, went to college, got married, had two babies – and then one more. Grandma would come visit every two or three months. In the last six or seven years of her life, we would talk on the phone a few days a week and always on Fridays. During our Friday talks, I cleaned the house as we chatted about politics, Medicare, cars, kids, etc. At the end of every phone conversation, Grandma would say, “I love you, Barb.” I would reply, “I love you, too.” And then she would say, “Barbara, I love you.”

I was 37 years old when my grandmother passed away in January 2009. In the 18 months before she got sick and declined quickly, Grandma went on what I’d like to call her “Going Away Tour.” She visited friends and family in different states and we even went on a few “girls only” trips together. Our last trip was to an amusement park called “Kennywood” in Pennyslvania. We spent two days hopelessly lost in some forsaken little town and laughing non-stop over all of our wrong turns. If I had $1 for every time we heard “recalculating,” Grandma and I would have been able to buy matching Louboutins. (She loved high heels, too!)

Six weeks later, Grandma got sick and life began to blur. The doctors diagnosed her with pancreatic cancer and I promised myself not to cry until she died. Instead, I cried most every day.

A few quick months later, it was the end of our time with Grandma on this side of heaven. But, not the end for her. Magnolia Wells entered into the grandest beginning of everlasting life in heaven. As much as she loved us, we know Grandma wouldn’t trade out heaven for all the kisses and hugs in the world. And I know she was able to leave this earth with the peace in knowing we’ll see her again one day.

A few days after Grandma’s funeral, my mom and I were on the phone. At the end of the conversation Mom said, “I love you, Barb.” I replied, “I love you, too.” Then, Mom took a breath and began to carry on Grandma’s good-bye tradition and whispered one more “I love you.” A tradition she carries on today, five years later.

After Grandma died, I was lucky enough to keep two things that remind me of her life: her Red Door perfume and her handwritten German Chocolate Cake recipe. Two bottles of Red Door sit on my dresser. Once or twice a year, I take off the cap and take a sniff. One whiff of that fragrance and Grandma memories flood my heart and mind. I am magically transported back to the moments in her presence that blessed my life in so many ways.

The copy of her German chocolate cake recipe is tucked away in my kitchen. Looking at her loopy handwriting warms my heart with some great memories. Like the time when I was a ten-year old girl learning how to make Grandma’s famed cake. That day, I learned how to separate eggs and Grandma let me stir the pecan frosting. It was so hard waiting for the frosting to cool. But, the moment finally arrived! Grandma frosted the cake and then looked at me with a smile. She slid the near empty frosting bowl in front of me with grin and a warning: “Don’t eat too much. You’ll get the runs.”

(One day, I’ll have to tell you about the time Grandma plucked off her eyebrows and drew them back on navy blue…)

Do you have a Mother’s Day tribute that you’d like to share? We’d love to read it!