A Man’s Story about Anxiety – Mark Graalman of Sanctus Real 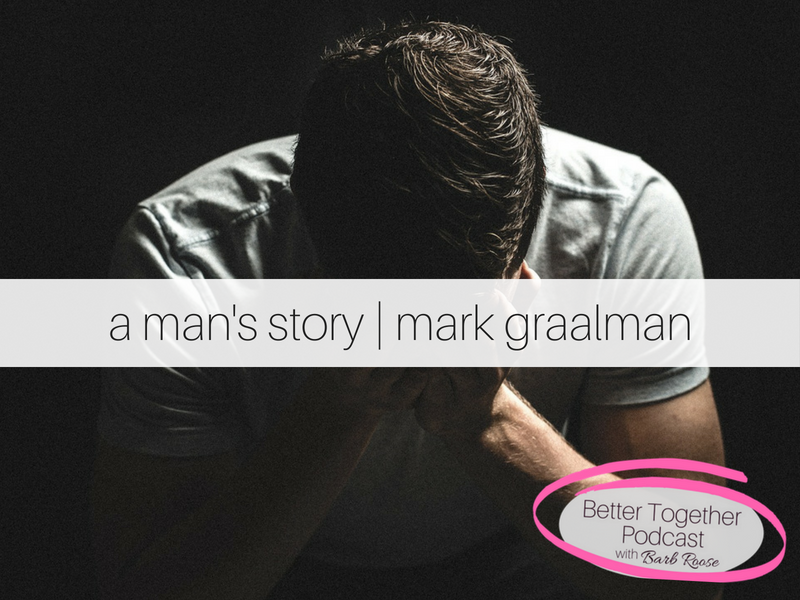 I want your love – to be unrestrained – tearing down walls – breaking these chains. -“Unrestrained”, Changed Album

If you’ve ever listened to a contempary Christian radio station anywhere in the world, then you’ve heard of the Grammy-nominated, Dove Award winning band, Sanctus Real. (Feel free to do the loud crowd cheering here…)

In today’s Better Together podcast, I’m talking with Mark Graalman, Sanctus Real’s drummer and original band member. A life-long native of Toledo, OH, Mark is also on staff on Vineyard Church. He’s married to his beautiful wife, Susan, and they are the parents of three boys.

Mark and I had a great time talking about the early days of Christian music as well as what it was like to start a Christian rock band back when organs reigned supreme and drums weren’t totally accepted in traditional churches. He talks about having no idea as a teen guy that he would end up playing in stadiums around the world to groups up to 120,000.

Then, Mark talks about coming from a line of “strong and silent” men in his family. However, Mark discusses how his quiet persona covered for a difficult battle with anxiety that he’s battled for much of his life. While women struggle with anxiety more often then men, that doesn’t mean that there aren’t millions of men around the country dealing with “worst-first thinking” as author Lenore Skenazy calls it.

In today’s episode, Mark and I discuss:

About your Better Together podcast host…

Barb Roose is a popular speaker and author who is passionate about equipping women to win at life with Christ-empowered strength and dignity. Barb loves speaking at women’s conference and leadership events such as the Aspire Women’s Events, She Speaks Conference and the UMC Leadership Institute.

Barb is the author of multiple books and Bible studies, including her newest releases: Winning the Worry Battle: Life Lessons from the Book of Joshua and Bible study called Joshua: Winning the Worry Battle. Barb’s writing has been featured in magazines and blogs such as Simple Truth Magazine, iBelieve.com, Crosswalk.com, More to Life Magazine, Just Between Us Magazine, Cherished, InCourage, and Women of Faith.

An avid traveler, reader, and lover of all things chocolate-peanut butter, Barb and her family live in NW Ohio with their dog, Quimby and a very grumpy 10-year rabbit. Visit Barb’s online home at barbroose.com.

Check out this episode!